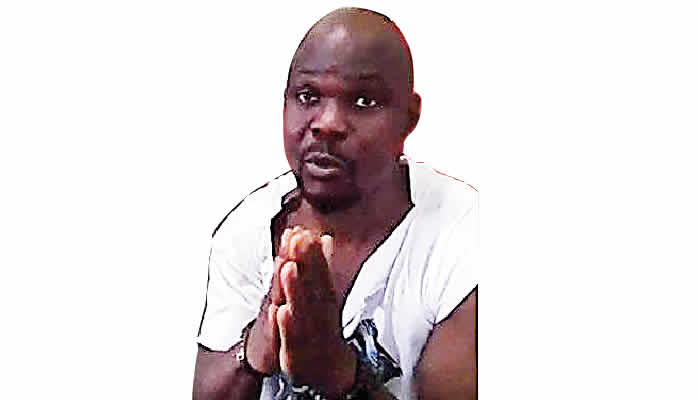 BABA IJESHA: This Is War!

Since Olarenwaju James Omiyinka popularly known as Baba Ijesha’s alleged defilement of a minor episode began with an unending series of drama, involving the popular comedienne, Adekola Adekanya, aka Princess, the police, actor Yomi Fabiyi and the general public, actress Iyabo Ojo seems to have been the most vocal person seeking justice on behalf of the alleged victim.

She made series of videos to explain her stand on child molestation, rape and abuse of women, adding that she would take on anyone guilty of these crimes regardless of their ties with her.

“Baba Ijesha is a disgrace to the whole Yoruba movie industry. He must be punished. Be it a family member, a friend or a colleague, even my father or mother if they were alive, or even my children, if they are to be caught in this shameful act I will not support them. Baba Ijesha’s mess is our mess because he has dragged us in the mud and I will not cover him up. I don’t support evil and any crime against children and women”, she said.

The actress was particularly angered by the intervention of a fellow thespian, Yomi Fabiyi, who cautioned his colleagues to tread carefully in the matter given the fact that the investigation was ongoing, requesting that the CCTV footage where Baba Ijesha molested the child should be made public. Iyabo would have none of this, saying that would only scar the 14 year-old girl the more, and went on full assault on the actor with more scathing videos to drive her point home.

When she got wind of a move to have Baba Ijesha released on bail, she and others including comedienne Princess who is the foster mother of the victim in question, stormed Panti Police Station where Baba Ijesha was being detained to scuttle the move.

It took the intervention of the Commissioner of Police of Lagos, Hakeem Odumosu to calm some nerves after he declared in a press briefing that the offence committed by Baba Ijesha is bailable. The CP further asserted, based on the evidence of the CCTV footage, that there is no proof of defilement. The Lagos State top cop admitted there was a sexual assault of sort but not defilement.

But the larger section of the public didn’t entirely buy the CP’s position in view of a viral video where Baba Ijesha was seen confessing to the crime and begging for forgiveness.