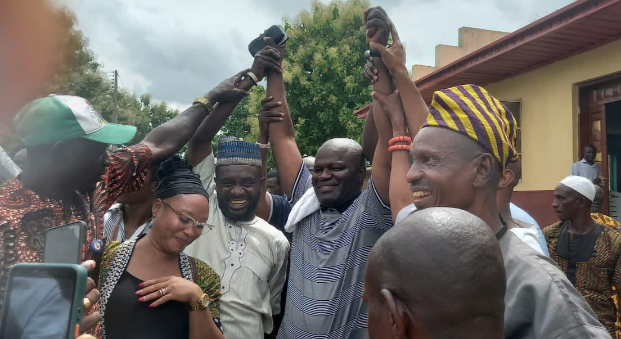 Ahead of the forthcoming 2023 general elections, Abideen Adetokinbo Adeaga has emerged the People’s Democratic Party (PDP) candidate winning the party ticket for the Lagelu/Akinyele Federal Constituency.

This was as he defeated his closes rival, Kunle Yusuf who was the immediate past Senior Special Assistant on Sustainable Development Goal to Governor Seyi Makinde of Oyo state at the party primary held in Ibadan on Monday.

Adeaga of Lagelu, who polled 48 votes to defeat Yusuf of Akinyele, who was able to muscle 27 votes emerged the winner after the primary election in Ibadan on Monday 23 (today).
Westernmirror understands that Lagelu has 14 wards while Akinyele local government has 12 wards.

According to some of the leaders from Lagelu Local Government, who spoke with westernmirror, Adeaga was described as the masses man who the party has affirmed as its flagbearer ahead of the 2023 general election.
More details later….

OYSHIA To Set Up Telemedicine Center In Oke Ogun