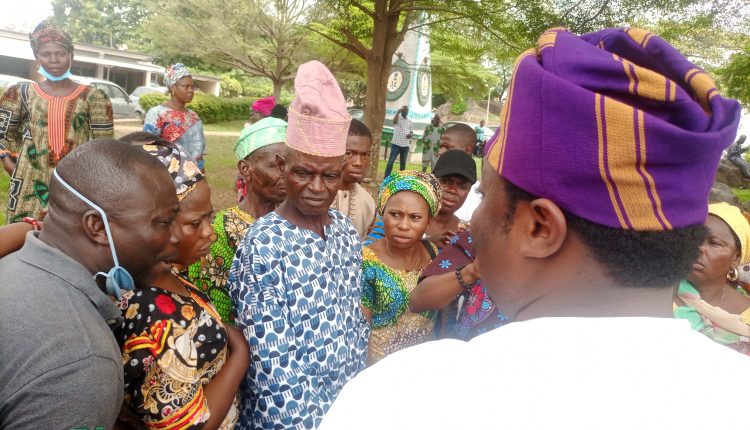 Some aggrieved members of the People’s Democratic Party have angrily stormed the state secretariat at agodi today to protest what they call cheating and highhandedness of the Oyo state Deputy Chief of Staff, Hon. Mojeed Mogbonjubola a.k.a JAGABAN for allegedly changing some councillorship Candidates including Mrs. Salimot Adesina.

Mrs. Adesina an aspirant for the position of councillor in ward 4, oluyole local government who was said to have been earlier ratified during the primaries, but was later changed.

The aggrieved members who express displeasure over the attitude the DCOS since he has assumed office said he now has no regard for the party leaders.

Hon. Kunle Yusuf, the S.S.A on SDGs appealed to them and assure them of swift action on the issue.

They appeal to the governor to help them restore the name as she’s the only female aspirant from the local government.