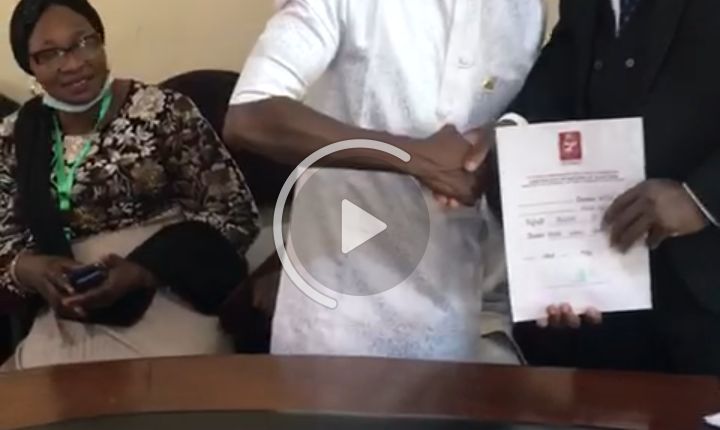 Hon. Sahib Oladayo Yusuf a.k.a Agba Egbe alongside 31 other elected chairmen of local government, who emerged from the Saturday 22nd election have revived their certificate of return.

Hon. Sahib while receiving the certificate appreciate the good people of Ibadan North local government for coming out en-mass to cast their vite for him.

Agba Egbe had emerged winner of the election amongst other 16 candidates with over 37,000 votes.

He’ll later today be sworn in alongside others at the House of chiefs, by the Governor.