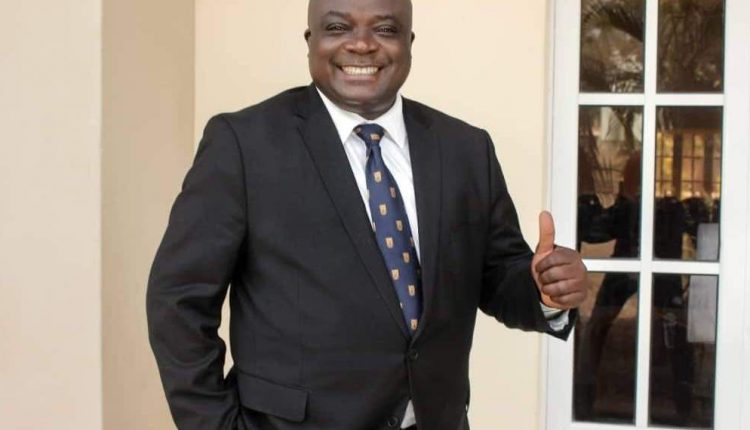 Amidst controversy, a former Commissioner for Lands, Housing, and Survey in Oyo state, Mr Isaac Omodewu has emerged as the chairman of the All Progressives Congress, APC, in the state.

This was announced at the congress of the party held on Saturday, in Ibadan the Oyo state capital.

Omodewu hails from Itesiwaju local government are of the state.

Earlier, some stakeholders and leaders of the party have appealed to the National Secretariat of the party to reconsider its stand on the State congress fixed for Saturday on an alleged manipulation of the delegate lists to the congress.

The leaders also called for an investigation into the allegations of manipulation and doctoring of the party delegate lists by unsuspecting staffers of the National secretariat, adding that those behind as well as their collaborators must be sanctioned accordingly.

Some of the leaders at the Press Conference include, the Minister of Youths and a Sports Development, Mr Sunday Dare, Chairman of the Nigerian Communication Commission, Professor Adeolu Akande, Senator Ayoade Adeseun, Senator Olufemi Lanlehin, Chief Niyi Akintola who was represented, the 2019 Governorship flag bearer for the state, Mr Adebayo Adelabu, Ex-SSG Sharafadeen Alli, Dr Azeez Adeduntan and Joseph Tegbe.

Some of the federal lawmakers in attendance include, Prince Akeem Adeyemi, Mrs Tolulope Shadipe, former Oyo Assembly Speaker, Mr Olagunju Ojo, Prince Ayodeji Abass-Aleshinloye.
Other prominent leaders present include, Chief Fatai Ibikunle, Niyi Adeagbo, Mrs Folake Oshinowo, Gbenga Olayemi, Kola Olabiyi, Wasiu Owolabi, Ambali Abiodun and Olalekan Kazeem among others.
In a related development, four of the seven members in the congress committee have allegedly opted out of the assignment and hurriedly returned to Abuja.
Sources close to the party hierarchy hinted that the members sneaked out one after the other from the Jericho Apartment, Jericho where they were lodged to head for Abuja enroute Lagos.

It was gathered that the four members had argued at a meeting of the committee last night that the protest against the delegates list presented at the Stakeholders meeting should not be dismissed if the party would be reconciled for the 2023 elections.

“A member of the committee who spoke with party officials in Abuja explained that the number of gladiators and groups who have protested the controversial list are too numerous to be ignored.

“But the Chairman and Secretary are adamant that the congress must hold with the disputed list”, a source disclosed.

The four members who reportedly explained their worries over the adamance of the Chairman and Secretary walked out of the apartment and organised to be taken to Lagos from where they headed for Abuja.

One of the members who spoke on condition of anonymity confirmed that they had left the Chairman and Secretary in Ibadan as they could not afford to be part of the scam going on in Ibadan.