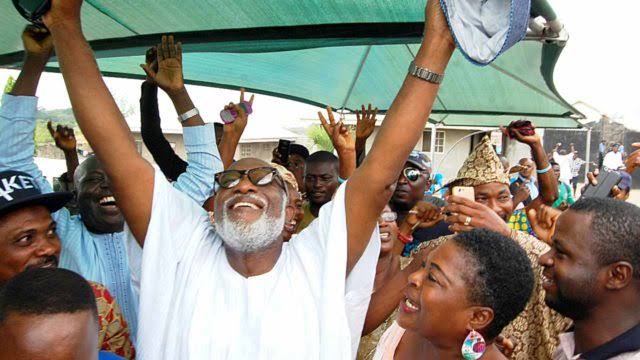 Ondo Governor Rotimi Akeredolu is leading with 97,039 votes in the governorship contest.

He has won 15 of the 18 local government areas results declared so far.

While he has garnered 292,830 votes, his closest rival and candidate of the Peoples Democratic Party (PDP) Eyitayo Jegede has 195,780 votes.

Two local government results are being awaited at the collation centre.