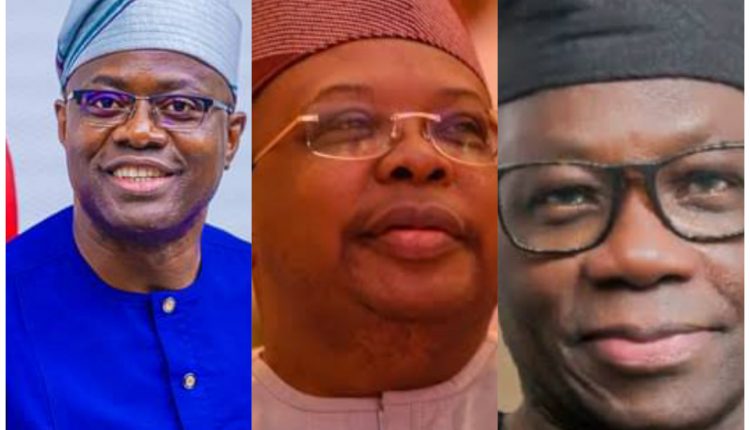 Reports reaching Akéde Ọ̀yọ́ has that the Oyo State PDP new bride and a former gubernatorial Aspirant from the all progressive Congress in 2018 Engr Olasunkanmi Joseph Tegbe has been endorse by Oyo State Governor Engr Seyi Makinde, state working committee of the Peoples Democratic Party and local government party chairmen across Oyo South Senatorial District as Concensus candidate of the party.

According to reports, the meeting was chaired by the Governor and leader of the party in the state, Engr. Seyi Makinde.

Announcing the development on Sunday evening, Fresh FM’s Mayor Isaac Brown, revealed that the endorsement was reached by all critical stakeholders of the party.

“The leadership of Oyo PDP in the 9 local government of Oyo South senatorial district has in a meeting officially endorsed Tegbe for the party’s ticket,” he was quoted saying.

It would be recalled that Oyoaffairs.net had reported how the 2019 gubernatorial aspirant of the All Progressives Congress decamped to the PDP, where he is set to pick the party’s senatorial ticket ahead of the incumbent Kola Balogun.

As at the time of writing this report, Sen. Kola Balogun, who is the younger brother of the Olubadan of Ibadan, is yet to respond to the development.