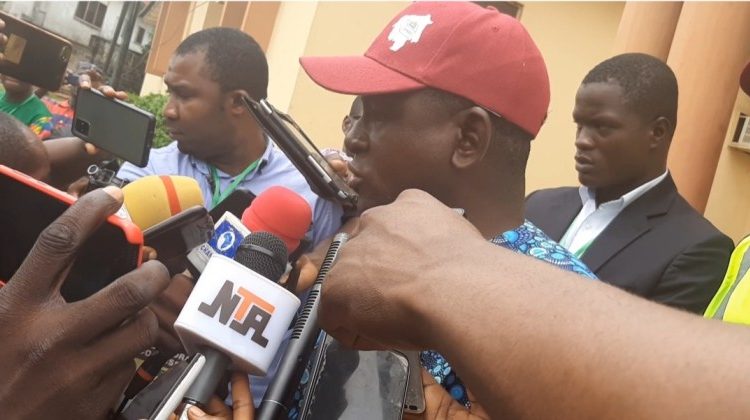 Despite protest by the Zenith Labour Party, ZLP, for the postponement of today’s rescheduled election in Ido local government to another date, Oyo State Independent Electoral Commission, OYSIEC, is going ahead this morning.

Though the chairmanship candidate of the ZLP In Ido, the only LGA the party is contesting election, is currently at OYSIEC office in the council area to monitor distribution of sensitive materials, he said they are participating ‘under protest’ as the outcome would determine their next line of action. He, however, expressed optimism that the party would win if given a level-playing ground.

AKÉDE Ọ̀YỌ́ had reported how OYSIEC boss, Aare Abiola Olagunju, while speaking on Fresh 105.9 FM, announced cancellation of the election following the omission of the ZLP logo on the ballot paper

But despite the logo omission and subsequent cancellation of poll, AKÉDE Ọ̀YỌ́ learnt that election continued. PDP supporters were said to have besieged OYSIEC headquarters, calling for the announcement of winners, an action the commission has refused.

The senior advocate had said that the election would be reconducted today after assurance from the printer to deliver a fresh ballot tonight.

But in a letter written to the commission, ZLP is asking for postponement, saying that it would need more time to source fund and human resources needed to be deployed for the poll.

Ido, AKÉDE Ọ̀YỌ́ understands, is the only council the ZLP is contesting the council election in the state.

Though the commission was said to have been persuaded by the commission to allow the election go on as rescheduled for today, ZLP had threatened to go to court if it takes place tomorrow.

‘Ibadan To Get New AirForce Base To Serve Southwest’