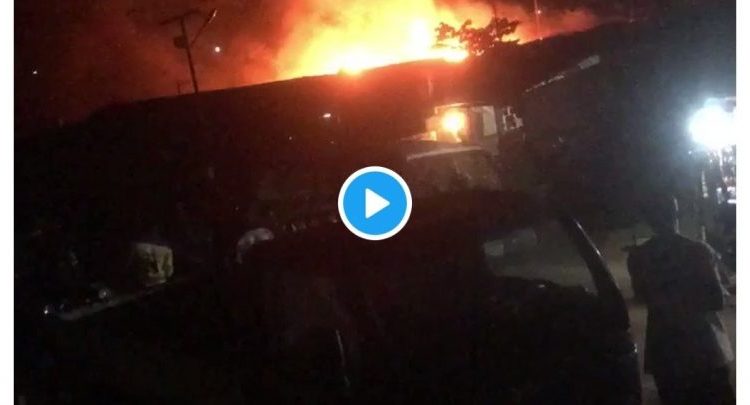 A fire outbreak has been reported at the Bodija plank market a few hours ago.

In a now-viral video posted online by Twitter user; @omokehinde_odu, residents were seen scrambling for safety while calling on the state fire service to quell the raging fire.

The inferno which started some hours ago was the second in two weeks in the state capital.

Iso Pako, Bodija, is one of the popular markets in Ibadan where planks are sold.

Recall that recently, the auto spare parts market at Agodi, Gate area of Ibadan was razed also in a midnight fire two weeks ago.