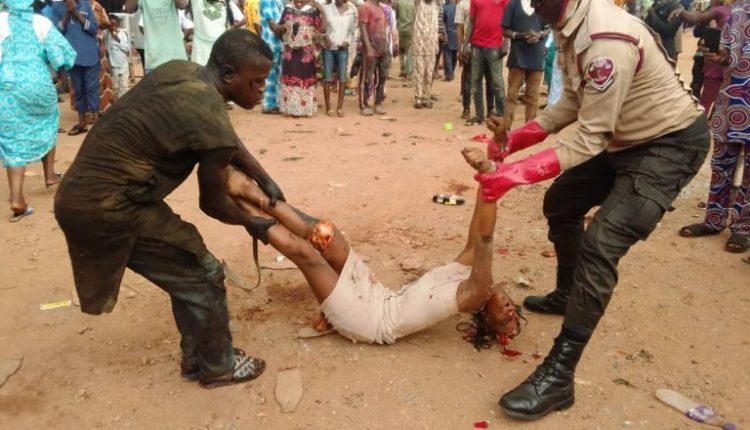 Not fewer than Four people have been reported gave up the ghost while others sustained injuries in an auto-crash at Iwo road area of Ibadan, the Oyo State capital.

Akedeoyo.com confirmed that the accident which involved a grandmother and her  two grandchildren occurred at Boluwaji Garage,  Iwo road-Challenge, Ibada.

Akedeoyo.com also gathered that a fuel-laden truck veered off the road and ran into the people.

He said, “Yes, it’s true. I have been informed that four people died in the accident. Our men are still there now trying to sort things out”.

Akedeoyo.com further gathered that a young boy miraculously escaped the accident as he ran for cover when he saw the truck coming their way.

It was also gathered that father of the two children was said to have arrived at the scene but remained speechless seeing his beloved children dead.