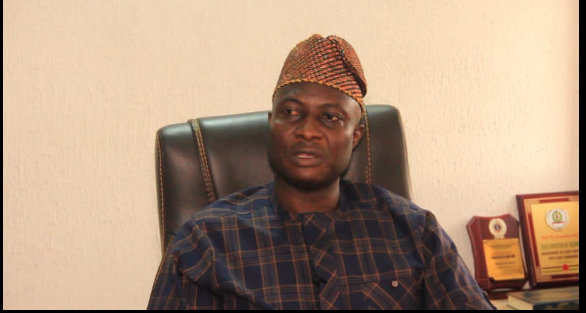 TomorrowThe Independent Petroleum Marketers Association of Nigeria (IPMAN), has lamented the hardship its members have to go through to get premium motor spirit popularly known as PMS, to serve the need of Nigerians saying that the increased pump price of N180 per litter which started selling on Tuesday in Lagos and Ibadan is no longer sustainable.

Blaming the situation on the inability of the federal government to get the nation’s refineries to work, IPMAN maintained that the inconsistency in the cost of loading a litter of petrol from private depot owners without adding operation cost is creating the challenge of unstable pump price which also necessitates the new pump price of N190 per litter barely 24hrs after pump price was increased from N167 per litter.

The petroleum marketers maintained that the Nigeria National Petroleum Corporation (NNPC), the sole importer of petrol into Nigeria, ought to make the product available for its members to avert the current situation of hike in fuel pump price.

Addressing journalists today June 21 at its Ibadan state Secretariat, the IPMAN Chairman, Ibadan Depot, Alhaji Bukola Adebayo Mutiu, lamented that none of the 21 NNPC Depots in the country is currently working which was why IPMAN members had no other choice than to turn to private depot owners for petrol at a more higher cost than the government regulated price.“We have 21 NNPC depot’s across the country and none of it is working at the moment.

We have 5 within the south west here and none is working. Our only hope is if NNPC is working on getting our refineries back to work.  If they can not revive it back, I don’t think we have any hope in this country.”

He said.Expressing his frustration at the new development, Alhaji Bukola said the Ibadan depot of NNPC, from where IPMAN members usually get the petroleum product at government regulated price has not operated in the last six months.It added that IPMAN members have continued to manage the situation to prevent it from escalation until the situation became worse that it could no longer fold its arms against what was described as ‘unfavourable business environment’.

In his words, “we have short supply of oil from NNPC for over five or six months now, we have not load one litter of petrol at NNPC Ibadan depot here and you know that implies that we have to look for the product elsewhere. That means we have to patronize private depots in Lagos and Warri, but suddenly for about two or three weeks now they started increasing their price on daily basis.“And the official price NNPC do sell to us is N148.17 (one hundred and forty eight naira seventeen Kobo) but unfortunately when we got to private depots we started buying at N151, gradually N152 and as at Friday last week we bought for N158, N159 per litter at a purchasing cost excluding operation cost.“As at the morning they have changed it to N165, N167, N168 per litter at purchasing price.

So, the price we sold yesterday and today was because of the price we got the product at N159 per litter exclusing transportation and other logistics.“You know diesel is another big challenge that we are facing. The price also skyrocket from about N300 to about N850 per litter as at the morning. So, if you’re to transport a tanker of petroleum from Lagos to Ibadan, you will be calculating nothing less than N15 to N20 operation cost on every litter.

If you add it to the purchasing price per litter it will be around N175, N176 per litter that’s why you’re seeing the new price of N180 per litter.“But with the new development we had today with the sale of N165 per litter at private depots, we will not be able to sustain that N180 per litter any longer.”He dispelled the insinuation that IPMAN members were responsible for petroleum scarcity leading to fuel hike by hoarding the product.

He explained that if NNPC which is the sole importer of petroleum into the country makes the product available at its depots nationwide and IPMAN members could buy at government regulated price, the current situation would have been averted.Alhaji Bukola explained that it was the inability of the federal government through the NNPC to provide the petroleum product at its depots and rather making it available to private depots owners that gave birth to the current fuel scarcity and hike in pump price urging the FG to immediately wade into the matter getting the nation’s refineries to work.“As at today, only the NNPC imports petroleum into this country, there is no other source anywhere.

So, since the PPMC and other arms of NNPC are not increasing oil price, then the NNPC should checkmate activities of the private depots.He stressed that Nigeria had no business facing the current situation of fuel scarcity if the FG did the needful of getting the refineries to work and making the products available locally instead of exporting crude oil for refining and reimporting the finished product at a higher cost for local consumption.

While expressing his displeasure at the new development which he said will affect every sphere of human life in the country, the Alhaji Nikola appealed for more understanding from Nigerians saying many filling stations have died natural death while those still in operation are struggling for survival