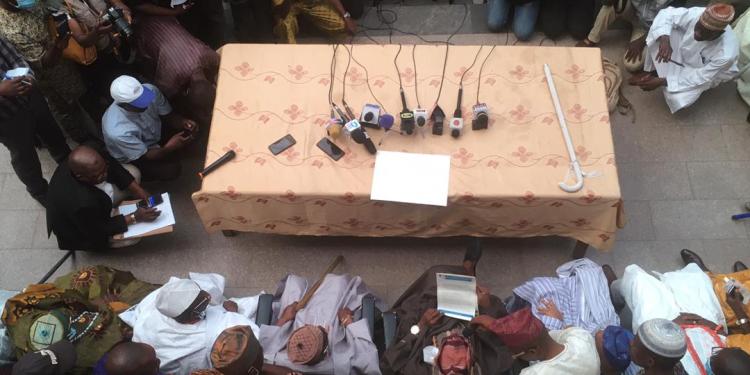 Ten of the 11 members of the Olubadan-in-Council have endorsed the nomination of Dr Lekan Balogun as the next Olubadan of Ibadanland.

The Council also denied that a legal tussle could scupper the succession to the Olubadan throne.

The Osi Balogun of Ibadanland, High Chief Tajudeen Ajibola, stated this at a briefing by the kingmakers on Wednesday held at Mapo Hall, Ibadan, Oyo state.

According to Ajibola, the kingmakers resolved that Dr Balogun is next in line to ascend the throne of Olubadan according to tradition.

He also debunked insinuations relating to the health and wellness of the new Olubadan-elect.

He said all the negative media reports were nothing to worry about.

The meeting was attended by members of the Olubadan-in-Council, except former governor Rashidi Ladoja.

The new Olubadan-elect is expected to address the press at the meeting.