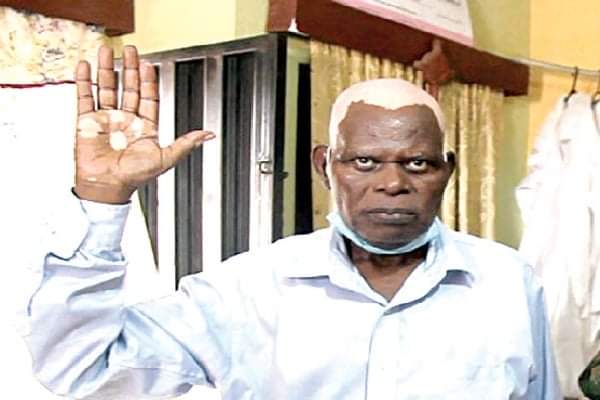 The Igbajo-born composer passed on at the age of 74.

Some members of the Celestial Church of Christ (CCC) where he leads as National Music Director, have confirmed his demise to newsmen.

It would be recalled that last year, Adetiran explained that he had been inflicted with multiple diseases, including hypertension, diabetes and prostate cancer since 2018.

He disclosed this when the NYSC Director-General Brig.-Gen. Shuaibu Ibrahim led a high-powered delegation of the scheme to the residence of Adetiran at Ibafo in Obafemi-Owode local government area of Ogun, where the latter pledged that Adetiran’s photograph would be conspicuously placed in the newly-built NYSC museum in Abuja.

Adetiran composed the scheme’s anthem in 1984 while he was still an Oyo corps member serving in the polytechnic of Ibadan.

He studied music at University of Nigeria, Nsuka.

Before his demise, Adetiran had served as the Head of Music Department of The Polytechnic, Ibadan, between 2003 and 2007 before his retirement from the institution in 2008.

South West APC Elders Meeting With Osinbajo, Tinubu, Others Affirm Rights of All Aspirants To Contest