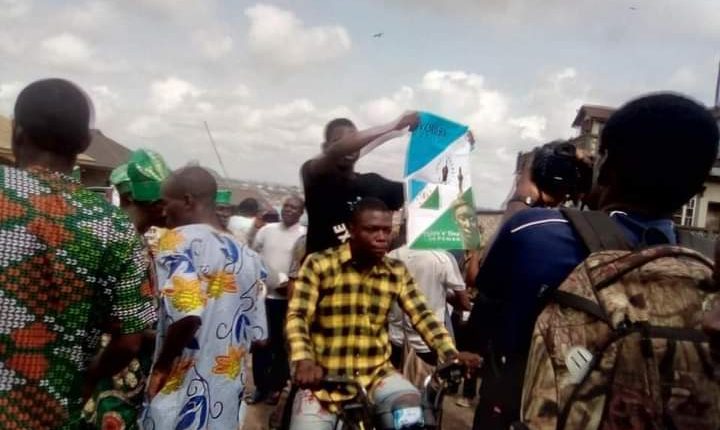 The early hours of Saturday was greeted with a heavy protest in the city of Ibadan by the agitators of Oduduwa, in what they term as ‘MEGA RALLY’.

The rally which cause heavy Traffic, with thousands of travelers, Motorists manovering their way to meet up with their schedules.

AKÉDE Ọ̀YỌ́ learnt that the protesters jave resolved not to be part of Nigeria anymore, but demand separation from what they called forceful marriage that has no unity.

Recall that this Newspaper had earlier reported the planned Protest and their Self-Determination of a better country called “ODUDUWA REPUBLIC”.

Untold Story Of South West PDP Congress, •Why Fayose Is Angry With Makinde •The Fight Over Party Chairmanship, VP Slot