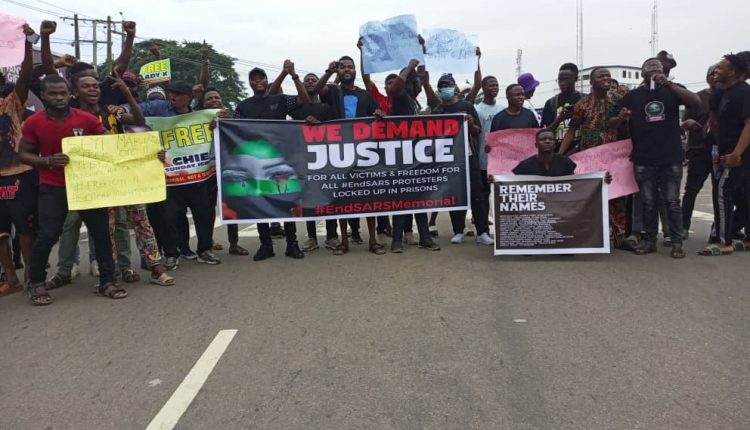 A protest to mark the first anniversary of EndSARS movement began as early as 9am on Wednesday.

This is despite a ban on protests in Oyo State and the heavy presence of armed police personnel at different strategic junctions across Ibadan metropolis.

Our correspondent, Segun Kehinde who monitored the protest reports that the protesters were chanting as they marched from Iwo Road to Idi Ape, Agodi Gate and state Secretariat.

Some of the protesters who spoke with our correspondent noted that they decided to embark on the memorial protest to express their displeasure against police brutality and extra judicial killings meted out on innocent citizens. The protesting youths went ahead with the protest despite warnings from the Nigeria Police Force, Oyo Police Command. The protest has been largely peaceful in the state capital and no arrest has been made.

As at the time of filing in this report, the protesters have arrived at the state secretariat.

Valor City Engages Community Stakeholders on Benefits of Building First Ever Human Capital Development City in Ogbomoso, Ahead of Operations