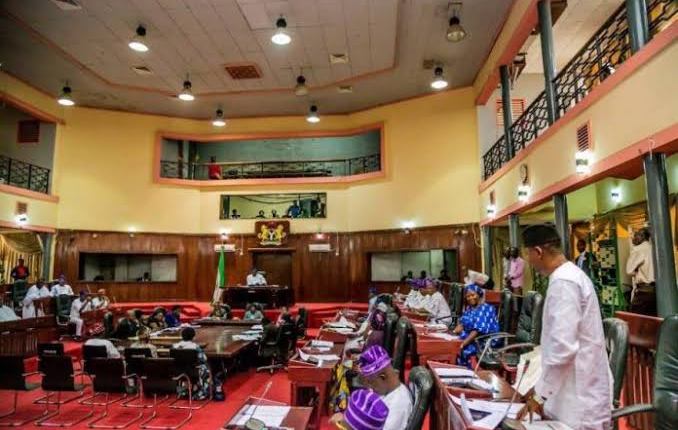 The Oyo State House of Assembly Wednesday confirmed the appointment of all 10 Commissioner nominees forwarded to it by Governor Seyi Makinde Akéde Ọ̀yọ́ can confirm.

Recall that Governor Makinde had last week forwarded the list of the 10 Commissioners to the House of Assembly for screening as five ultimately for reappointment.

Their names were announced on the floor of the House on Wednesday by the Speaker, Adebo Ogundoyin while reading the letter to that effect from Governor Seyi Makinde.

The confirmation of the Commissioner nominees followed their appearance with reappointed commissioners giving presentation of reports of their Ministries before the State Legislators.

It was gathered that, Prof. Babatunde Misbau Adetunji who is presently the Special Adviser to Makinde on Economic Matters, will be the Commissioner for Budget and Planning while Incident Manager of the State’s COVID-19 Emergency Operations Centre (EOC) Dr Bode Taiwo Ladipo will be Commissioner for Health.

The Speaker urged the Commissioners to do more in justifying the confidence reposed in them especially the Governor which led to their reappointment.