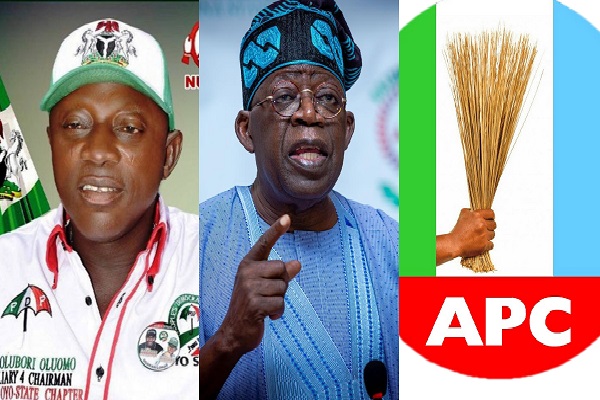 The Leader of the Pack Management System (PMS) in Oyo State Mr Mukaila Lamidi (aka Auxilliary) has been charged for allegedly vandalising campaign billboards of Asiwaju Bola Ahmed Tinubu and some other All Progressives Congress (APC) candidates in the State.

Tinubu is the presidential candidate of the APC in the 2023 polls.According to the charge sheet, Auxilliary is being arraigned on a six-count charge bothering on willful destruction of billboards of APC candidates in Igbo-Ora and Ido area of Ibadan.

He was dragged to court by the Commissioner of Police on behalf of the government.

APC leaders in Oyo State have repeatedly cried out over the activities of hoodlums believed to be working for Auxilliary. Aside vandalising billboards, his supporters were accused of attacking APC chieftains at different times in Ibadan, the state capital.

The accused is still being expected in court as of the time of filing this report.