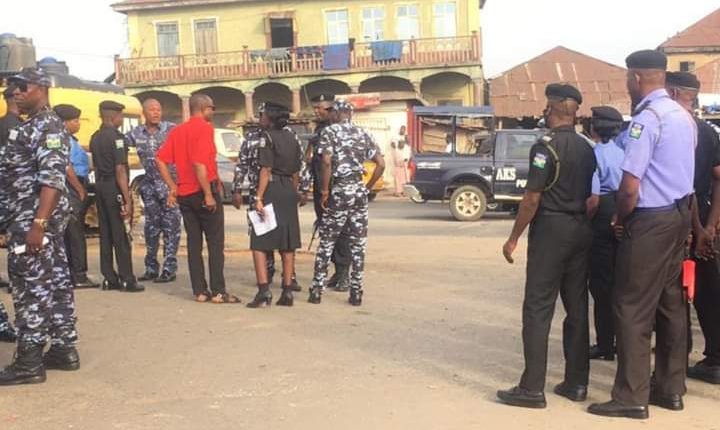 A planned mega rally in support of the Yoruba self-determination struggle, which was scheduled to take off from Mapo Hall, Ibadan, Oyo State was disrupted by armed police officers on Saturday morning.

Scores of police officers took over the Mapo ancient hall where the rally was to begin. As of 9.30 am, policemen were seen stopping and searching individuals who were also going to their businesses along the road linking the hall.

Some young Nigerians were seen inside a Toyota Camry shouting, “Yoruba nation is inevitable” while the policemen watched.

The invitation of the planned rally read; “Reminder; Attention, editors, producers, correspondents and reporters; invitation to Yoruba nation’s mega rally for self-determination to be led by Emeritus Professor Banji Akintoye on Saturday.

“The Convergence Point is Mapo Hall, Ibadan, Oyo State and time is 9 am. There will be a World press conference by South and Middle Belt Leaders by 1pm at Ajagungbade Avenue, New Bodija, Ibadan.”

The rally is being powered by a group, Ilana Omo Oodua.

The convener of the rally, Prof. Banji Akintoye, could not be reached for comments at the time of this report.