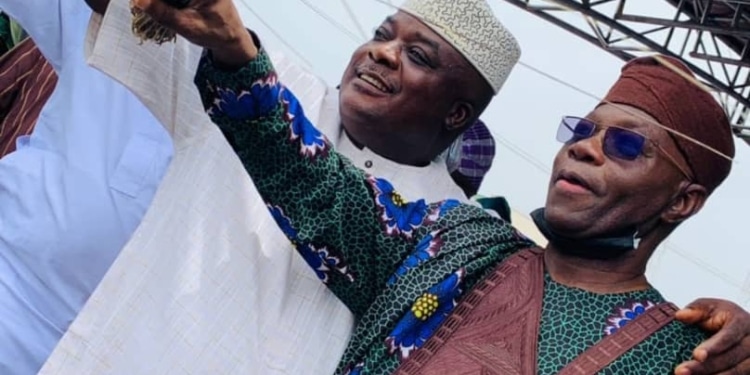 Balogun was recieved into the progressives fold at the party’s secretariat in Oke Ado, Ibadan.

He was received by the APC chairman in Oyo State, Hon. Isaac Omodewu, and the entire State Working Committee (SWC) as well as notable leaders of the party.

Speaking, the elated party chairman, in his said he was happy that the APC is waxing stronger and better on daily basis.

”Yes we have misunderstanding withing ourselves in APC but we have resolved all the issues and there is no more crisis. We are united and by the grace of God we are returning to Agodi Government House in 2023.

“I have tried. We know have the three Senators in Oyo State in our fold. On behalf of President Muhammadu Buhari and the national leadership of the party, I welcome Senator Balogun into APC,” Omodewu said.

Speaking, Balogun thanked members of the party’s SWC and NWC for giving him the opportunity to come back “home.”