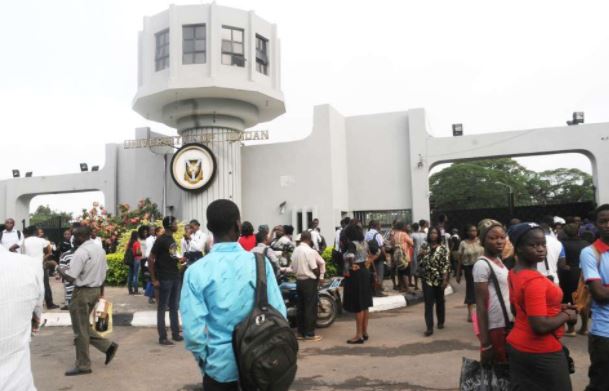 The Senate of the University of Ibadan has summoned an emergency meeting, AKÉDE Ọ̀YỌ́ has gathered.

AKÉDE Ọ̀YỌ́ gathered that the meeting which is billed to take place on Monday was summoned in order to consider the elongation of the tenure of the Acting Vice Chancellor of the University, Professor Babatunde Ekanola, though some of the members of the Senate are already kicking against the elongation.

Our correspondent gathered from sources within the university that Ekanola’s six months tenure is due to lapse on May 31st, 2021.

Our correspondent recalls that Ekanola was appointed in December 2020 for the period of six months after crisis erupted over the appointment of a new Vice Chancellor of the institution.

AKÉDE Ọ̀YỌ́ recalls that appointment of Ekanola became necessary after the expiration of the tenure of the immediate past Vice Chancellor, Professor Idowu Olayinka in December.

Our correspondent gathered that the Senate has scheduled a meeting for Monday in order to consider the elongation of the tenure of the Acting Vice Chancellor.

It was learnt that the planned elongation of the six months tenure of the Acting Vice Chancellor is contrary to the laws of the university.

The law stated that instead of extending the tenure, the Senate should appoint another qualified person as Acting Vice Chancellor.

It was gathered that lobbying for and against the elongation of the tenure had begun in UI ahead of the Council meeting on Monday.

A circular addressed to the Senate of the institution by the Council and made available to AKÉDE Ọ̀YỌ́ on Saturday revealed that an Acting Vice Chancellor should not spend more that six months in office.

“Following the expiration of the tenure of Prof. I. A. Olayinka as Vice Chancellor on 30 November, 2020, the Governing Council on the recommendation of the Senate of the University appointed Prof. A. B. Ekanola as Acting Vice Chancellor for a period of six (6) months, effective December 1, 2020.

“In accordance with the extant law stipulated in the Universities (Miscellaneous Provisions) Amendment Act of 2003, Section 5, Sub-section (14) which states that “An Acting Vice Chancellor in all circumstances, shall not be in office for more than 6 months”, the attention of Council was drawn to the fact that the 6 month appointment of Prof. A. B. Ekanola as Acting Vice Chancellor would expire on Monday, 31 May, 2021.

“However, Council at its meeting of Wednesday 05 May, 2021 noted that the process of appointing a substantive Vice Chancellor could not be concluded due to the dissolution of the Governing Council.

“Therefore, Council advised that Senate should consider the above matter and make its recommendation to Council. Senate is hereby requested to consider.”

Director of Communications at the University, Mr. Olatunji Oladejo when contacted confirmed that a meeting of the Senate has been slated to hold on Monday.

He, however,/said that he was not aware of the purpose of the meeting because he is not a member of the Senate.

Oladejo told AKÉDE Ọ̀YỌ́ on Saturday that, “I will not want to preempt the outcome of the meeting, because I am not a member of the Senate. I can only report what happened after the meeting.

“So, I am not a member of the Senate, so whatever the outcome, it will come to me and I will communicate to the members of the public.

“We cannot preempt, that is speculation. And it is a wild allegation for that matter. What they have not done, do you think I can say that they have done it?

“They will meet. I told you, I am not a member of the Senate, Senate is the highest academic regulation body in the university, so whatever Senate decides. So, the agenda they are going to discuss, I am not aware.”