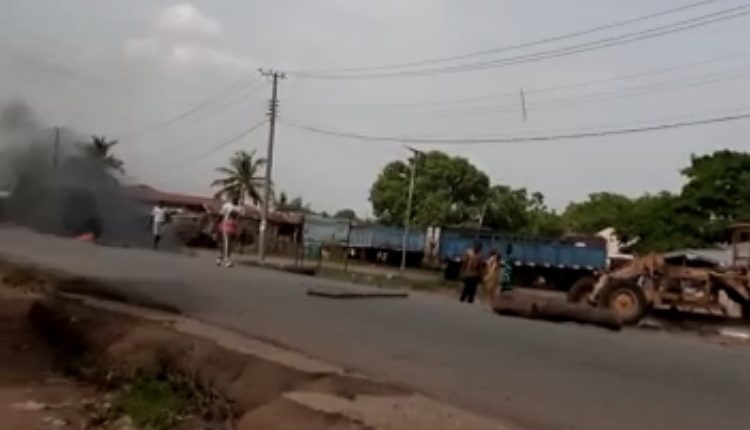 A man simply identified as Azeez was killed on Tuesday evening March 20, after a car ram over him in Aroje, Ogbomoso.

According to eyewitnesses, the man said to be a yahoo boy driver, suddenly lose control in high speed when the sad incident occurred.

AKÉDE Ọ̀YỌ́ gathered that the driver ran away immediately but his friend in the car was apprehended and almost lynched after broken his leg in the accident.

At the time of filling this report, the road linking ogbomoso- Ilorin old Road is blocked by Aroje agitators with hoodlums threatening to kill any yahoo guys in sight.

Residents Flee Their Communities Over Robbery Attacks, And Rape of women In Ibadan