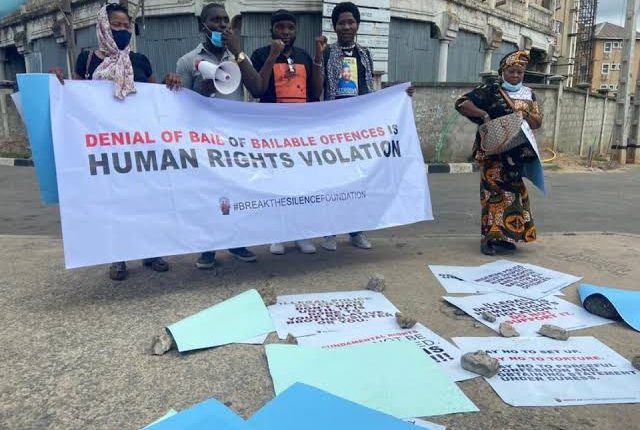 Popular Nollywood Actor Yomi Fabiyi led others to protest against the detention of his colleague, Olanrewaju Omiyinka, aka Baba Ijesha, who was accused of molesting a minor.

During the protest, Fabiyi, and other protesters marched from Casino Bus Stop to Panti Police Station on Wednesday.

They demanded that Baba Ijesha should be released from detention pending when a court would hear his case.

Disclaimer: Trending Photo Not That Of Eruobodo’s Bedroom — Son