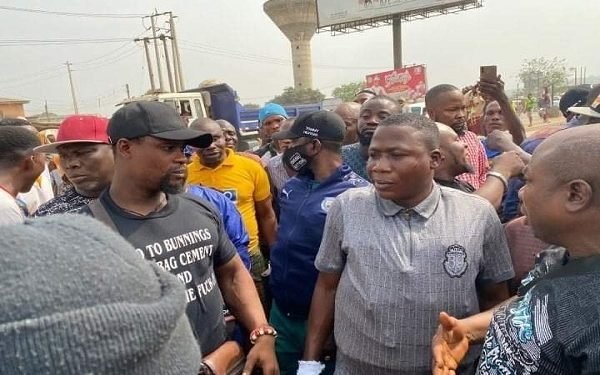 Despite the Department of State Security (DSS) raid on residence of Yoruba Nation Agitator, Chief Sunday Adeyemo aka Sunday Igboho, the Yoruba Nation rally in Lagos will go on as planned, Akéde Ọ̀yọ́ has learnt.

But Lagos Commissioner of Police, CP Hakeem Odumosu warned Igboho and other agitators not to stage any rally in Lagos.

He stated that anyone caught participating or facilitating the rally would be dealt with within according to the law.

In a live broadcast monitored by The Nation on Frday morning, Igboho’s spokesman, Olayomi Koiki, explained that the rally will go as planned at Ojota, adding that Igboho will be back stronger.

He said: “I can still confirm officially that the Lagos rally in as much as whatever news or rumours you’ve been listening to from different outlets, will go as planned

“The 3rd of July Mega rally will go as planned. All arrangements for the rally has been planned and nothing has changed.

“I have spoken to the organisers, nothing has changed so far. 3rd of July from exactly 9:00am in the morning. The whole arrangement and planning is going on.”

“I’ve spoken with the general Secretary of Ilana Omo Odua, George Akinola and also in the early hours before noon, I spoke with Banji Akintoye and he is working tirelessly for the release of those taken away.

“We might get a form of video from Igboho about the Lagos rally, which might be released, we’ll be deciding that in the next 24 hours.”

He added: “He (Igboho) asked me to tell you all, not to be weighed down about what happened, he is standing with the Yoruba Nation agenda”.