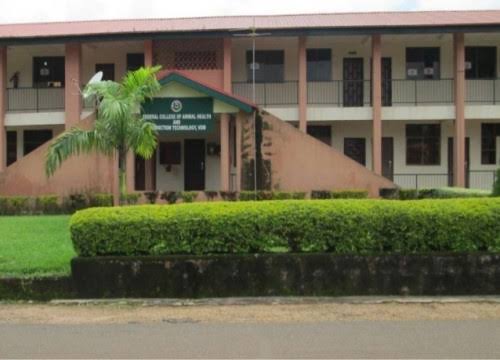 President Muhammadu Buhari has ratified the appointment of Olarinde Owosibo PhD as the Provost of Federal College of Animal Health and Production Technology, Ibadan.

This was announced in a statement by the FCAH&PT’ Deputy Registrar who is also the Public Relations Officer, Mr. Nathaniel Jolaiya on Friday in Ibadan.

Prior to his appointment, Owosibo had worked in various capacities ranging from the Head of Department, to Director of various offices and units

The statement indicated that the appointment was for the period of five years with effect from 2020.

“Owosibo, a Registered Animal Scientist (RAS), displayed his versatility as a leader by successfully heading the Computer Science department of the college for 5 years till his current appointment.

“He was awarded a Bachelor of Science and Master’s degree in Agricultural Biochemistry and Nutrition from the University of Ibadan in 1995 and 1998 respectively. “He was awarded a PhD in Animal Science with a specialization in Monogastrics Animal Nutrition.

“He is happily married with kids,” the statement explained.

I Have No Regret being Impeached, I came to Serve and I Did my Best—Ladoja Replies Obasanjo