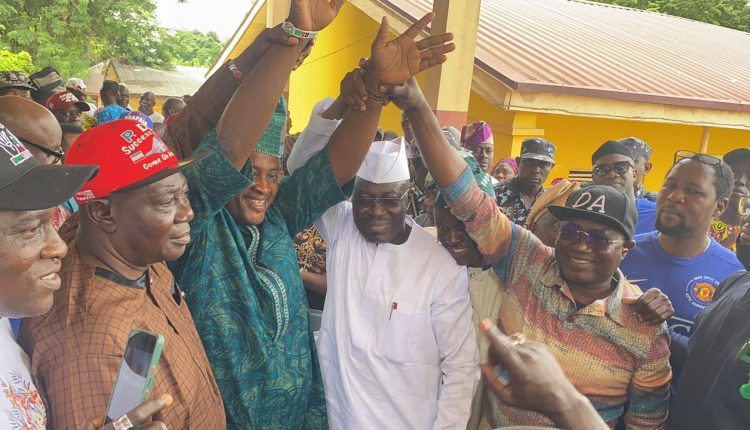 A Member of the People’s Democratic Party (PDP) Hon. Yinka Omikunle from Ibadan South East has emerge as the party’s flag bearer for the mandatory by-election according to INEC guidelines.

Hon. Omikunle will be contesting the vacant seat created after the demise of the late Hon. Olusegun Popoola who lost the battle to illiness.

In a statement by the Media aide to the deputy national chairman of the People’s Democratic Party (PDP) Ambassador Taofiq Arapaja, reads…

In line with the INEC guidelines to conduct a rerun election within the stipulated 90 days to fill vacant elective offices, today, our great party, PDP organized a primary election to pick our candidate to replace our departed former representative in constituency II, Ibadan South East Local Government in the Oyo State House of Assembly, Late Hon. Segun Popoola who died some weeks back after a protracted illness.

Consequently, I hereby on behalf of myself, my family and the entire PDP family in Ibadan South East Local Government congratulate Mr. Yinka Omikunle on his emergence today after a seamlessly and rancour free primary. With this, I belief we shall triumph at the election.

Like I have always said, the interest of our people and the party should be paramount to us all and always protected. I, therefore, implore all of us to work assiduously to win at the forthcoming polls, the statement reads….

Upgrade of Oyo State Website at N17.5m, A Fraud or Great Value for Money?

Auxillary: Hold Makinde Responsible If Anything Happens To Folarin – APC