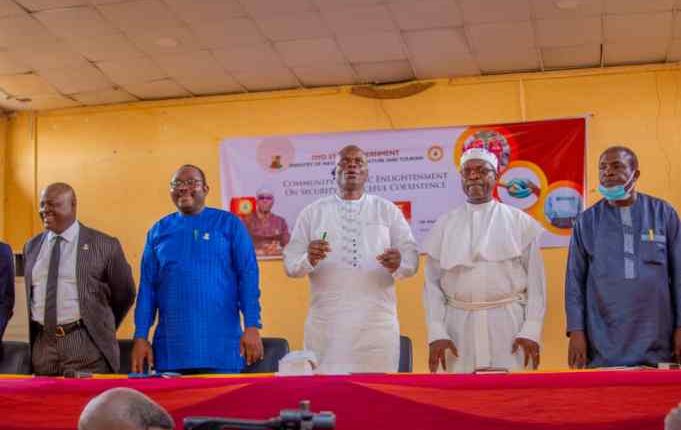 As Oyo State searches for the solution to insecurity, the state chapter of the Christian Association of Nigeria (CAN) will on Friday stage a 4-hour session of praise and prayers for security in the state.

Chairman, Oyo CAN, Apostle Joshua Akinyemiju made this disclosure during a Community and Public Enlightenment on Security and Peaceful Coexistence held with Christian leaders organised by the state Ministry of Information, Culture and Tourism at state Secretariat, Ibadan.

Akinyemiju said the CAN was organizing the praise and prayer session in its own way as Christians to support the state government’s fight against insecurity in the state.

Stating that the event is scheduled to hold at Apata, Ibadan between 9.30 am and 2 pm, Akinyemiju said Christians and people of faith in God are expected at the session.

He added that the session would also feature prayers for wisdom for Governor Seyi Makinde to lead aright.

“What concerns us is peace and security in Oyo state. If you are not secured you cannot enjoy whatever you have. We are supporting the government with prayer and advice. On Friday, we are having prayers and praises to God.

“We are expecting all Christian, people of faith, at the session to pray for us to be safe. We will pray for peace and security in Oyo State and pray for wisdom for the governor,” Akinyemiju said.

The host commissioner, Dr Wasiu Olatunbosun had earlier charged Christians to use their prayers as warfare against insecurity in the state.

He avowed that all three religions in the state have shown their support for Governor Seyi Makinde and agreed to pray for Oyo State to overcome its present security challenges.