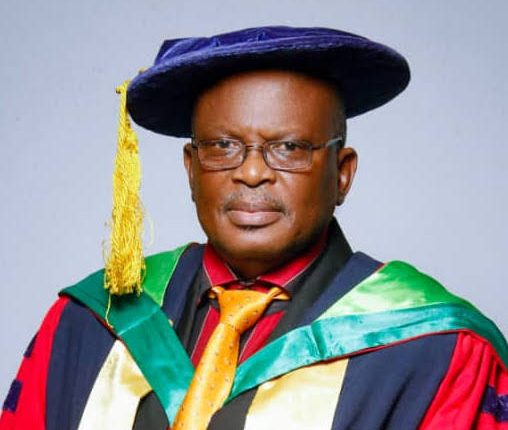 Confusion As ASUU Contemplate Defending Sacked LAUTEC VC, Others Rejoice Over And End To Era Of Tyranny

There are indications that the Ladoke Akintola University of Technology (LAUTECH) Ogbomoso Chapter of the Academic Staff Union of Universities (ASUU) may challenge the action of the Government against the Vice Chancellor, AKÉDE Ọ̀YỌ́ has learnt.

On Friday, April 16th, a letter was dispatched from the Office of Commissioner of Education, Oyo State on behalf of Governor Makinde directing the Vice Chancellor to step aside until further notice while the next Principal Officer should take over.

The development, AKÉDE Ọ̀YỌ́ understands, may be connected with the dissolution of the joint ownership of the institution by Oyo and Osun States.

This directive has elicited different reactions among the public, some went into town jubilating an end to tyranny, some questioning the authority of the Commissioner and so other unanswered questions.

Our correspondent gathered that the Union in the University (ASUU) has rushed to schedule a meeting to challenge the action of the Government.

Reacting to this development, a social media commentator who wish to be anonymous said ASUU members are rushing for meeting having forgotten that the same Commissioner that issued this letter has been granting approvals to the same Vice chancellor to take major decisions in the University including their promotions, allowances, awards of contracts et all.

“Stepping aside doesn’t mean removal in a letter signed and it is rather too early for a wolf to start crying.”

“The Public is patiently watching a hyenna running after itself, this is becoming interesting, the judge is about to be judged, he added.

While AKÉDE Ọ̀YỌ́ awaits the outcome of the congress, do ASUU really have a case in what they’ve allegedly benefited from?