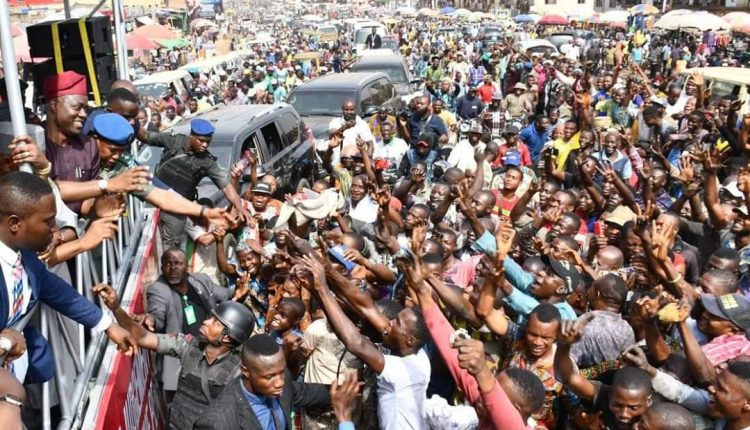 The immediate former Deputy National Publicity Secretary of the People’s Democratic Party (PDP), Prince Diran Odeyemi says contesting against Governor Seyi Makinde of Oyo State in 2023, both in the party’s primary and in the gubernatorial election, will be an effort in futility.

Odeyemi added that the governor has the power of incumbency and his excellent performance in governance as factors that will count for him.

Analyzing political developments in Osun State as Aanuoluwapo Omorinde’s guest on IMPACT POINT – a Current Affairs programme on IBR 92.5fm Ibadan on Monday, Odeyemi said it is foolhardy for anyone to think Governor Gboyega Oyetola would lose the APC primary last weekend in the circumstances that surrounded the exercise just like no one can confront Governor Seyi Makinde in 2023 because of the power of incumbency which he wields.

In his words “who ever thought Gboyega Oyetola would lose the primary is making a big mistake and it is just like someone thinking Seyi Makinde will lose a primary in Oyo State”.

When asked whether his advise is for anyone who is contemplating to contest the PDP governorship primary to jettison such, he answered in the affirmative.

“The power of incumbency is there and it will always count for the governor,” He added

Speaking further, the Osun State born politician extended the scope of his argument, saying with the popularity of Governor Seyi Makinde and his achievements in office, it will be difficult for the opposition to dislodge him in any election.

According to Odeyemi, the People’s Democratic Party is not foreclosing the possibility of having the former Governor of Osun State, Rauf Aregbesola in it’s camp but added that the most important thing to his party now is how to conduct it’s primary.

He berated the aggrieved PDP members in Osun State who warned Governor Seyi Makinde against undue interference in Osun PDP affairs, saying “if the Oyo Governor wants to win more governorship seats for the PDP, he must interfere as the Leader of the party in the South-West.”