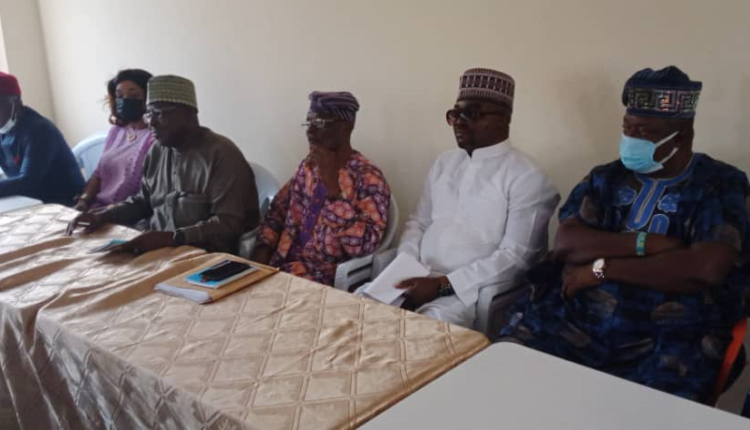 The four members, who dissociated themselves from the process, in the statement released on Sunday, were Olanrewaju Edun, Abdullai Kontagora, Diran Iyantan and Ralph Igbokwe.

Apparently, as a result of Lawan disowning the four persons, a document, that had stamp of National Secretary, APC, containing names and phone numbers of the seven-man state congress committee members surfaced on Monday.

The list of the seven-man committee was said to have been submitted to the Oyo state chapter of the party by Gambo Lawan on arrival in Ibadan for the congress on Friday, October 29.

Similarly, a picture of Gambo with some committee members also surfaced online.

Yinka Ayefele Reaffirms Love For Davido As Duo Meets In US