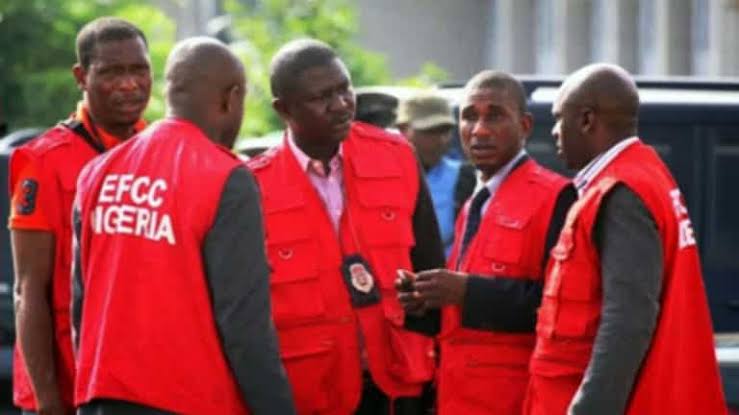 Samuel Tanimowo Owolabi,( a.k.a Dr. Keilah Forgey), and Akinrinmade Adepoju Sunday were convicted by Justice Patricia Ajoku of the Federal High Court, Ibadan of charges of fraudulent impersonation, contrary to Section 22 (3) (a) and 22 (2) (a) of the Cybercrimes (Prohibition, Prevention, Etc) Act, 2015, and punishable under the same Act.

Akinrinmade was ordered by court to forfeit the sum of N986,855:85k (Nine Hundred and Eighty Six Thousand, Eight Hundred and Fifty Five Naira Eighty Five kobo) from his GTBank account with number 0167977299 and one iPhone 11 Pro Max Plus, to the Federal Government of Nigeria.

He was ordered to restitute the sum of $110 USD (One Hundred and Ten United States Dollars) to his victim Mike Anderson, through EFCC.

Each Oyo Senatorial District To Get One Smart School – Governor Makinde