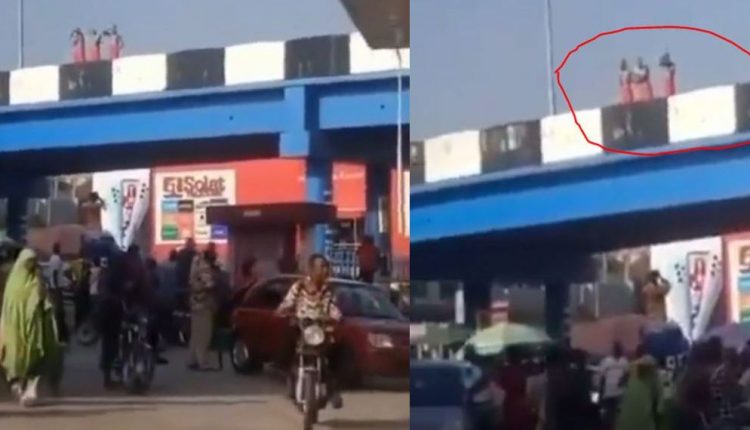 As the #CutSoapForMe continues to trend, a video is currently going viral online showing three people bathing in broad daylight on the Mokola flyover, in Ibadan, the Oyo State, capital.

An eye witness told AKÉDE Ọ̀YỌ́ that the event happened on Monday in the afternoon.

Spectators gathered around the bridge to watch the young men who were only on red wrappers tied around their waists as they scrubbed their body with soap.

Unconfirmed reports say men in Military uniform were seen around which prevented people from going after them.