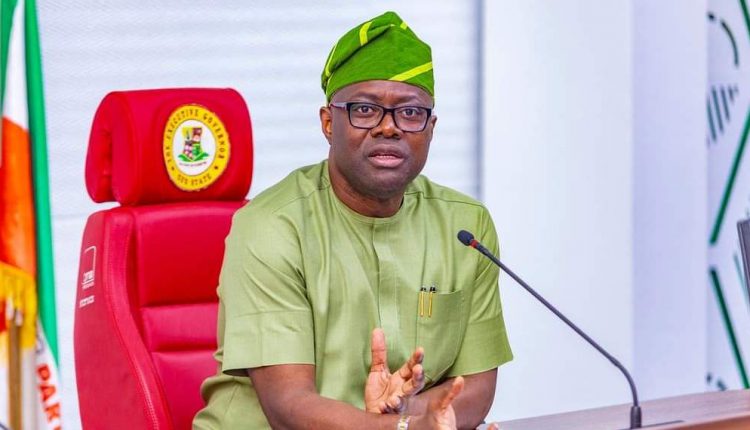 The appointments were contained in letters signed by the Secretary to the State Government, Mrs Olubamiwo Adeosun addressed to the three dated 24th of June, 2022.

Demola Ojo also known as Ijaya was an aspirant for Ibarapa Central/North federal constituency under the platform the All Progressives Congress, APC.

He will replace Majeed Mogbonjubola, who is now the People’s Democratic Party, PDP, candidate for Oluyole federal constituency.

His letter read: “I am delighted to inform you that the Executive Governor of Oyo State, His Excellency, Seyi Makinde, has graciously approved your appointment, as Deputy Chief of Staff with effect from 24th June, 2022.

“2. While heartily congratulating you on your appointment, which must be seen as a call to service, His Excellency, as well as Government, expects that you will discharge your duties with absolute loyalty, dedication and diligence.

“3. On your acceptance of this offer, kindly complete the attached and forward same to the undersigned.

“4. Please accept the assurances of His Excellency’s highest regards.”

Busayo Ogunlade, until his appointment, was a front line House of Representatives aspirant for Oyo East/Oyo West/Atiba/Afijio Federal Constituency before he stepped down his ambition for a former chairman of the agency and a two-term federal lawmaker, Hon Kamil Akinlabi who was adopted as the consensus candidate of the party in May, 2022.

Wale Ajani was also a senatorial aspirant of the People’s Democratic Party before his appointment. He stepped down for Chief Bisi Ilaka who’s now the Oyo Central Senatorial candidate of the party.

Until his appointment, a former President of National Youth Council of Nigeria, Comrade Wale Ajani as the Director-General, Liaison Office, Abuja and Lagos.