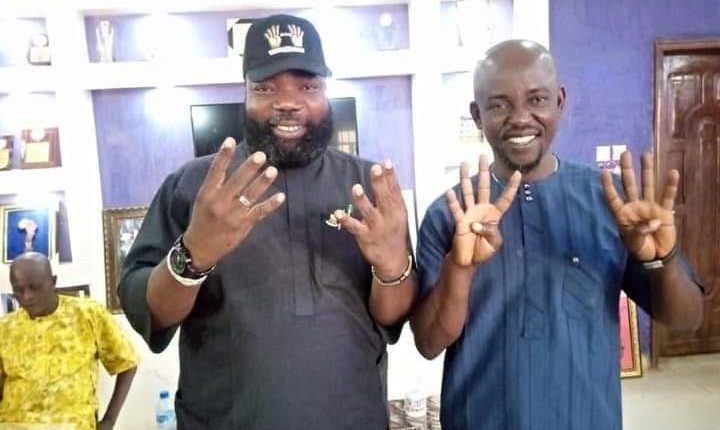 The publicity secretary of the People’s Democratic Party, PDP in Oyo state, Akeem Olatunji, has urged the general public, to disregard a poster in circulation, which has his picture with the New Nigerian People’s Party (NNPP) logo.

Olatunji in a statement made available to newsmen on Wednesday, said he remains the political son of Governor ‘Seyi Makinde.

He said he’s not planning to dump the PDP for any political party, adding that his House of Reps. ambition, was dropped for the interest of the party.

The statement read: “My attention has been drawn to a particular political poster with my picture being shared on the social media, specifically Facebook with the New Nigerian People’s Party (NNPP) by some mischievous, manipulative, and irrelevant political elements in the new party, who also love to be associated with good things.

“Ordinarily, I should have ignored such ill-conceived political move by our naive detractors, but the possible impact of misinformation it portends to the unsuspecting members of our great party and the general public can be damning, considering the recent political turn of event in our great party, the, PDP, involving my political aspiration.

“For the sake of emphasis, our God sent man, Governor ‘Seyi Makinde is my personal political leader and father therefore, I remain his political son and would carry out whatever directives and instructions handed down to me to the later, being also the overall leader of PDP in Oyo state and the entire south west Nigeria.

“It is actually interesting to know that members of NNPP in Oyo state admire and appreciate what PDP and our government are doing, since assumption of office such that their ignorance and political nativity have pushed them into treacherous political moves with the expectation of planting divisive impression in our midst, with aim of breaking our strength but like their ancestor in peddling mischiefs and false propaganda, they have failed on this one because PDP in Oluyole remain united and Honourable Abdulmojeed Olawale Mogbonjubola remains our newly adopted PDP consensus Candidate for the Federal House of Representatives ticket.

“It it my sincere advice to our jobless brothers in the new political party (NNPP) to stop wasting their time, energy and resources in the infant political party, all in the name of hunger and cravings for undue public attention because the whole world knows it today, that Governor ‘Seyi Makinde is like an answer to a special prayer to the good people of Oyo state. A peacemaker, a pathfinder, an advocate of peace, an embodiment of unity and love, leader of the fantastic people of Oyo state and the pride of the west.

“I also condemned in the strongest term such attempted blackmail by whoever is behind the said posters and whatever end it sought to achieve.

“I must emphasise here, that the person or group of persons behind such mischiefs should desist from such old fashioned and archaic politics forthwith.

“I must also educate peddlers of such falsehood that only a fool would on account of his or her folly, leave a paradise for hell in the name of rebelling against the anointed king because of crumbs thrown at him or her by the devil. PDP is my home, I remain in PDP and we live and die here together”, the statement concluded.