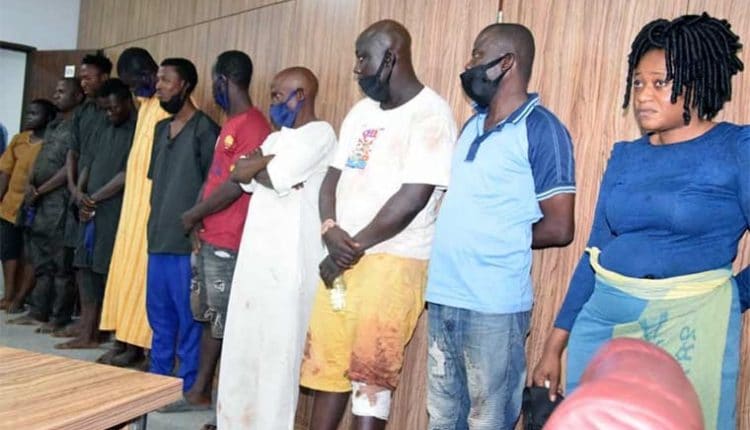 The Department of State Services (DSS) has filed a court application before an Abuja High Court asking it to revoke the bail granted to four associates of the embattled Yoruba freedom fighter; Sunday Adeyemo also known as Sunday Igboho.

The application to stop the bail dated August 9 2021 seeks an order of the court “remanding the 2nd, 4th, 5th and 12th respondents/applicants in the custody of the applicants/respondents pending their arraignment during the vacation court”.

Recall that Obiora Egwatu, the presiding judge, on Ighoho’s associates granted bail to all the accused person following an application filed through their lawyer, Pelumi Olajengbesi, asking the court to “inquire into the circumstances constituting grounds of their arrest and detention since July 2, 2021, and where it deems fit admit applicants on bail”.

The judge in his ruling stated that it was clear that no charge had been preferred against the applicants and that they had been in detention since their arrest.

Alternatively, the DSS asked the court for “an order varying upward the conditions of the bail granted the 2nd, 4th, 5th, and 12th respondents/applicants”.