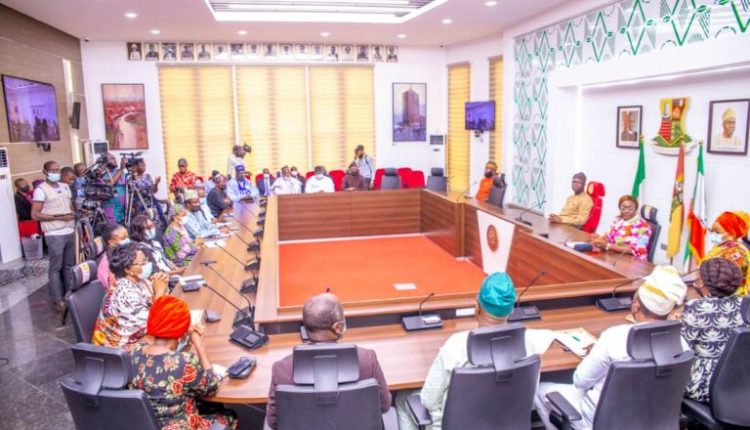 Each Oyo Senatorial District To Get One Smart School – Governor Makinde

Oyo State Governor, Engineer Seyi Makinde has announced that his administration will soon embark on the creation of at least one “smart school” in each senatorial district in the state for gifted and talented children.

The smart school, an initiative of the federal government which was embarked upon to ensure that Nigeria competes favourably in the technology-driven world, with 20 out of the 37 proposed schools already being constructed.

According to Governor Makinde, he saw the designs of the smart school when he met the Executive Secretary of the Universal Basic Education Commission, UBEC, Dr Hamid Bobboyi in Abuja and decided that such a beneficial project must be replicated in all senatorial districts in Oyo state.

His words, “Ibadan used to be the intellectual capital not only of the country but of the continent.

“Many leaders especially from the southern and eastern Africa, in one way or the other passed through the University of Ibadan but along the line, we lost all of that and Oyo state suddenly had the most out-of-school children in the entire South-West.

“That was the situation when we came into power. With this in mind, we developed the road map for accelerated growth of Oyo state and we hinged it on four major pillars and education is one of these pillars.

“Shortly after I was elected, I met Dr Hamid Bobboyi in Abuja. When I saw the design of those smart schools, I was impressed and decided there and then that we will replicate this in Oyo state.

“In each of our senatorial districts, we will have such schools for our gifted and talented children. It is a work in progress and we will soon get there.”

The smart school is a school that provides hands-on e-learning experience with an early introduction to artificial intelligence, robotics, vocational learning and also caters for children with special needs.

The Governor further pledged to ensure more collaborative efforts with the federal govt and national agencies like UBEC to make sure that the policies from the national level can get the desired result at the local level.

Meanwhile, in his address, the Permanent Secretary, Federal Ministry of Education, Arch Sonny Echono expressed deep appreciation to the state government for the support given to UBEC and the giant strides witnessed in the education sector.

His words, “I bring felicitations from the Honourable Minister for Education, Mallam Adamu Adamu and he asked me to particularly underline the depth of gratitude and appreciation that we feel for Oyo state in particular exemplified in various achievements in the education sector.

“Oyo state is one of the very few states that are up to date in the payment of their counterpart funds.”

Echono further noted that the delegation was in Oyo state to inspect the ongoing modern Smart school programme which Oyo state is also a beneficiary to and to also follow up on the implementation of the zonal headquarters project, among others.