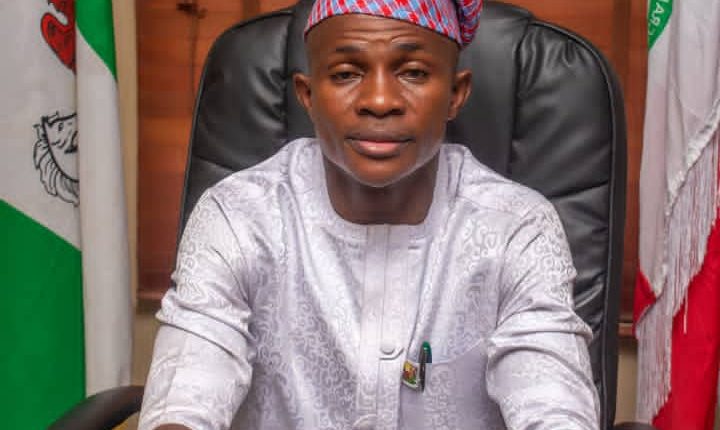 Hon. Yusuf Sahib Oladayo, Agba Egbe as he’s fondly called, the Executive chairman of Ibadan North Local government has reiterated his commitment to running an all inclusive government which is tailored along the four cardinal point agenda of the Oyo state Governor, Engr. Seyi Makinde.

The new local government boss made these statements while receiving press men in his office in Ibadan.

He sent a message of assurance of a new era to the people of Ibadan North local government, that in couple of days, they’ll begin to feel the midas touch across nooks and crannies of the local government.

Agba Egbe explained how education in the local government has been suffering a lot of setback and his plans to make education attractive to every kid on the street.

“During the electioneering process, I had a reason to visit my primary school and what I saw was devastating. The headmistress and other offices are bad, dilapidated classrooms and a very unconducive environment for everyone”

“So  I promised to come back to revive not just the school but the whole of the primary education in the Local Government which we have started by giving out over 400books to the students” he said.

He talked about his political relationship with his co-contenders for the office of the chairman, He said ” since I’ve been declared winner at the poll, I’ve been reaching out to leaders and people who could help cement our relationships again so they could could forward with their policy plans that can be used to move this local government to the next level”

On security, he promised to engage all stakeholders, from the heads of houses, to the baales, landlord association and other group who could work with the council to make peace and tranquility return to every part of the local government.

While reiterating his commitment to a safe and secure environment, he punched out that economic activities only thrive in such environment where people transact in a peaceful Co-Existence.

According to him, “Only a secured community would drive a better economy, that is why we have drawn plans to meet with security agencies and community leaders to synergize and draw way forward on how to curb the insecurity.

“More so, councillors are part of the government and they are closer to the people. They will identify with their communities and collectively chart a lasting solution to the menace bedeviling our localities”

He as well hinted on his plan to ensure that able and ready youths of the local government would be empowered through a well coordinated skill acquisition program which will enable them to acquire skill that will last them long and as well make them useful to themselves and the economy Of the local government.

“We won’t be distributing motorcycles that the recipient would end up selling after few days and still return to us that he doesn’t have a job, we would gather these youths and ask them of their choice of trade and engage professionals to equip them in such field, then we can provide the with start ups and see them thrive”

He also encourage civil Societies organisations, private sectors and as well individual who has capacity in one way or the other to support or complement the effort of the government in empowering the youths to kindly do so, so as to reduce the rate of poverty and unemployment in the state which is in turn culminating into what wee see as security challenge in the state today.

He concluded by appealing to every resident of Ibadan north to kindly cooperate with the government of the day in giving Ibadan north a new face under his leadership, he equally appeal to everyone who dumps refuse in drainages to stop doing so its has been seen over time that flood disaster affects the local government some years back and everyone should avoid such reoccurrence.