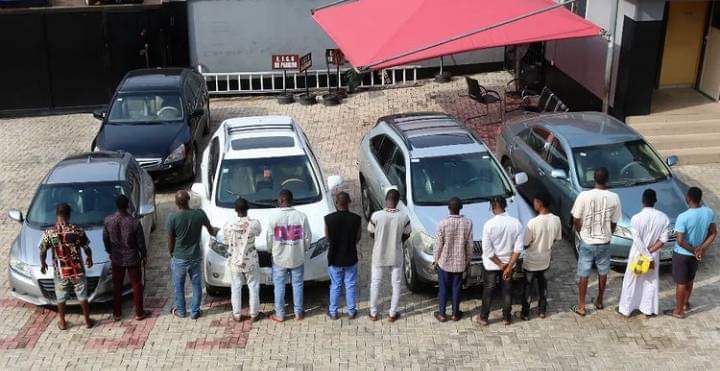 According to a statement on the verified Instagram handle of the EFCC, twenty-one of the suspects were arrested on July 25, 2022 in a sting operation at Apete and Ijokodo areas of Ibadan, Oyo State.

The remaining 13 suspects were arrested on Friday, July 22, 2022, at Airport Road, Alakia and Ologuneru, Ibadan.

Meanwhile, items recovered from the suspects include mobile phones, laptops and Play Station, among others.