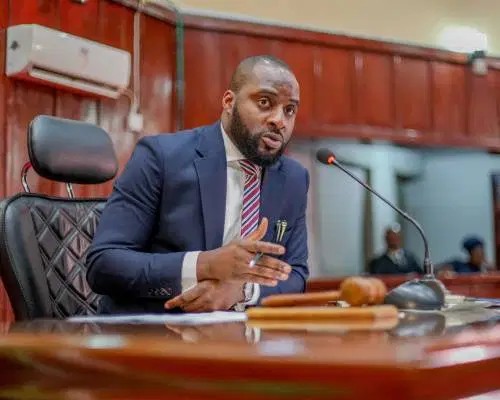 The Economic and Financial Crimes Commission (EFCC) has been interrogating some top officials of the Oyo State House of Assembly over a N1 billion vehicle contract, according to Newspeakonline.

It was gathered that the Deputy Clerk of the Assembly and the Director of Administration and Supplies (DAS) were arrested last Thursday and taken to the Ibadan zonal office of the commission where they were grilled by its operatives throughout the day. They were, however, released in the evening. The Director of Finance and Accounts was said to have been grilled on Friday.

The interrogation followed a petition by an Abuja-based lawyer and anti-corruption advocate, Tosin Ojaomo, alleging that the Speaker of the House of Assembly, Rt. Hon. Adebo Ogundoyin, in connivance with top civil servants of the Assembly, defrauded the state the sum of N1,031,380,000 over a contract to supply 33 brand new vehicles for the lawmakers.

The lawyer explained that Ogundoyin and the alleged conspirators fraudulently arranged the contract to favour the company. He said the company erased the mileage of each car to present them as brand new but that the fraud was exposed when the vehicles started developing mechanical faults few days after they were supplied.

The petition read in part: “…my findings reveals a flagrant violation of procurement laws and several fraudulent practices relating to gratification in contract awards and favourtism at the Oyo State House of Assembly which can be likened to an entrenched system of prebendalism and patrimonialism, the underhand contract fraud being perpetrated to siphon and drain the treasury of Oyo State House of Assembly is a call for serious concern and investigation to safeguard public interest…”

Ojaomo also alleged that the Speaker and his accomplices inflated contract for renovation of the Speaker’s official residence to N22,809,003.81, saying: “The rest of the funds was diverted and shared with some government officials and their accomplices.”

The lawyer also pointed out that the same company was awarded the contract for the setting up of a website and supply of ICT equipment to the Assembly. He urged the commission to trace payments for the contract and determine how much went into the pockets of public officials in form of gratification out of the sum paid.

Arrest and interrogation of relevant officials will continue this week, Newspeakonline learnt.

When contacted, the Chairman, House Committee on Information, Hon. Kazeem Olayanju, was unavailable for comments.