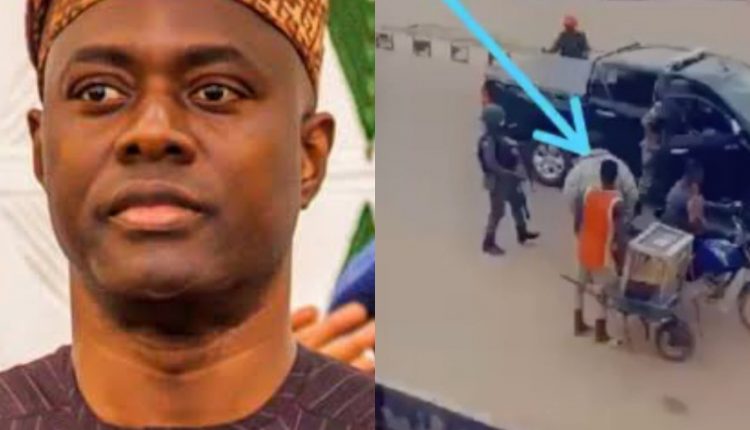 Governor Seyi Makinde of Oyo State was seen walking around the streets of Ibadan on Wednesday October 21, trying to reassure and pacify citizens due to the nationwide chaos prompted by the endsars protest.

In the footage recorded by an onlooker, Makinde could be seen surrounded by his security entourage as he walked up to the protesters who cheered as he waved at them.

Watch the video below: