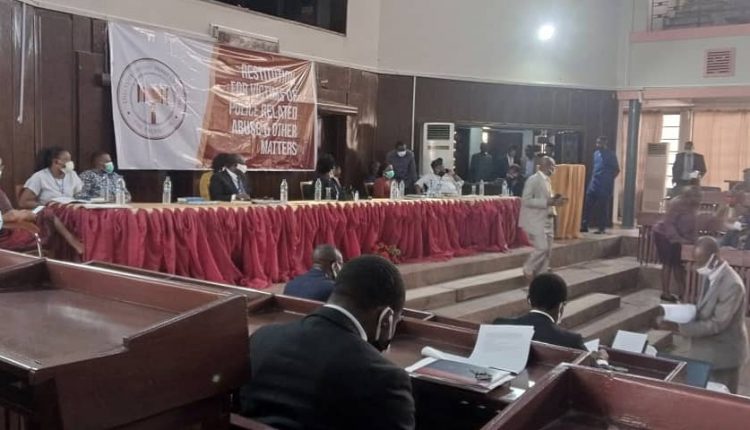 The Oyo State Judicial Panel of Inquiry into human rights violation committed by the police has ordered the state’s Hospitals Management Board to release the corpse of Kehinde Omotoso to his family for burial.

The News Agency of Nigeria (NAN) reports that Mr Omotoso, a trader, died in police custody on July 21, 2020 after he was arrested by police officers attached to Area Command in Iyaganku, Ibadan.

He was said to have been arrested instead of his nephew for an alleged offence.

The panel, which was set up in the aftermath of last year’s #EndSARS protests against police brutality, gave the order for the release of Mr Omotoso’s corpse after the defence counsel, Olokooba Jimoh, closed her case.

The defence lawyer closed her case with the testimony of Shuaib Ibrahim, a police inspector, who was one of the police officers that arrested Mr Omotoso.

Mr Ibrahim confirmed to the panel during cross-examination that nothing incriminating was found in the house of the deceased when it was searched.

Order for release of corpse, recommendation to follow
Toyese Owoade, counsel representing the family of the deceased, had earlier applied for an order for the release of the corpse to the family for burial.

The panel, chaired by former Oyo State Chief Judge, Badejoko Adeniji, granted the request and ordered the hospital management board to release the corpse to the family.

‘Corpse still in mortuary’
Mr Adeniji further said that the panel would make its recommendations on the matter later.

The panel had earlier summoned Olawale Oladimeji, a doctor at the State General Hospital, to clarify issues on the location of the corpse and the condition of Mr Omotoso when he was brought to the hospital.

Mr Oladimeji testified that Mr Omotoso was brought to the hospital dead on July 21, 2020 around 11:15a.m. by Shuaibu Ibrahim, a police sergeant of the State Criminal Investigation Department (SCID), Iyaganku, Ibadan.

He said what the hospital did was to confirm him dead as there was no sign of life in him.

He added that the corpse was then moved to the hospital morgue and kept there till date.

NAN reports that the family of the deceased had lodged a complaint on the Flagit App of Akin Fadeyi Foundation immediately after his death.

The foundation then contacted Afe Babalola chambers to take over the matter.