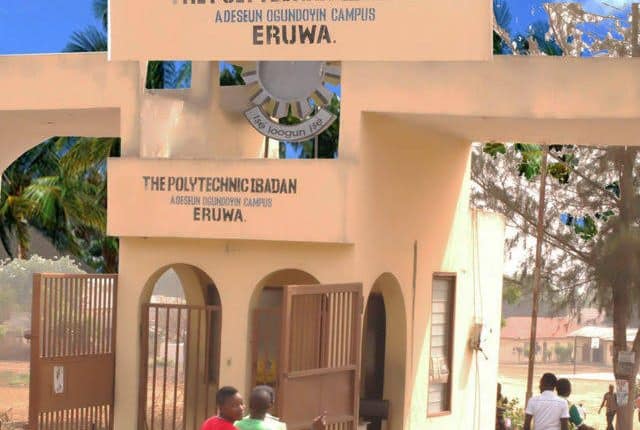 The umbrella body for the unions in the tertiary institutions in Oyo State, Joint Action Committee has lauded the Oyo State Governor, His Excellency, Engr. Oluseyi Makinde over the removal of the Governing Council Chairman, Adeseun Ogundoyin Polytechnic, Eruwa, Prof. Samuel Ogunwale OGUNDIRAN, and the dissolution of the institution’s Governing Council.

In a release signed and made available by the JAC Chairman, Comrade Olusegun Oyewumi, the umbrella body tremendously appreciated the State helmsman for his prompt action which to the leadership has vindicated the body. According to him, “we received with joy, the news of Your Excellency’s approval that the Governing Council of Adeseun Ogundoyin Polytechnic, Eruwa under the Chairmanship of Prof. Samuel Ogunwale Ogundiran be dissolved. JAC as a body sees this development as a vindication to us, as we have vehemently rejected Prof. Samuel Ogunwale Ogundiran whom we have accused of high-handedness, usurpation of powers of the College Management, act of extortion, financial recklessness, etc with facts in some of the correspondences sent to Your Excellency. The Council under the chairman was fond of victimizing and intimidating both the staffers and management churning out obnoxious policies and regulations. The chairman would borrow from staff members for personal use and would not pay and any attempt to demand payment would lead to the demotion of such staff. When the tyrannical reign of the Council Chairman was brought to an end, every staffer was happy. By this singular act, Your Excellency has won our hearts the more, as you have acceded to our request on AOP Eruwa.”

The release further noted that the Visitor to the Polytechnic has restored hope to the Polytechnic while tears of the trade unions- Senior Staff Association of Nigeria Polytechnics (SSANIP) and Non-Academic Staff Union (NASU) of Adeseun Ogundoyin Polytechnic, Eruwa (AOPE) Oyo State have been wiped off.

While thanking Governor Oluseyi Makinde for this, JAC further appealed to him to quickly approve other issues raised at the July 23, 2022 meeting held with him such as defrayment of 2018 and 2019 salary arrears, sustainability supports for full salary payments in EACOED Oyo, OYSCOED Lanlate and OYSCATECH Igboora as well as looking into the issue of The Platinum consultant to allow the smooth running of various institutions.

We trust Your Excellency and strongly believe in your words while we assure you that on our parts, we shall always do all within our reach towards taking our Pace-Setting State to an enviable status, the release concluded.