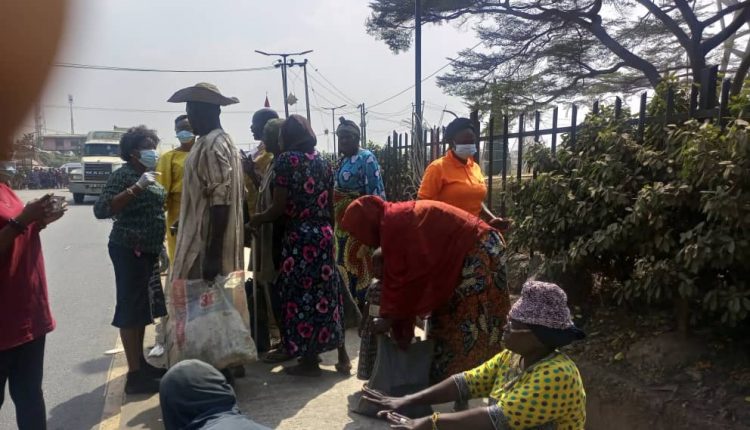 Oyo State Government has stated that plans are in top gear to rehabilitate all destitute, beggars and mentally ill persons evacuated from streets and give them a better life.

The State Commissioner for Women Affairs and Social Inclusion, Alhaja Kafilat Olayiwola, made the pledge on Friday, in Ibadan, during the evacuation exercise.

According to Olayiwola, Oyo State Government is determined to rid the streets of destitute, beggars and mentally challenged persons to rehabilitation centre.

She said: “The exercise is to ensure that the lives of the evacuees and that of the general public are safe and secured.

“Their presence in the society poses danger, as some of them could be agents for criminals.

“So we are going to profiling them, engage some of them in skill acquisition programmes aiming at enhancing the individual’s capacity to enable them build a better life.

“Those with mental health challenges will be moved to psychiatric section at the Adeoyo State Hospital, Ibadan, for medical attention.”

The Commissioner added that the government had taken a tough stance on the increasing number of destitute and beggars swarming around major areas such as Mokola, Iwo road, new Gbagi market and Ojoo in the state capital.

Further, she explained that the evacuation exercise would be a continuous one and that the well-being of all the evacuees would be adequately catered for.

Corroborating the views of the Commissioner, Mr Ademola Aderinto, the Special Adviser to the Governor, on Environment, noted that destitute, beggars and mentally ill persons were constituting environmental hazards on the streets and at strategic locations in the state.

Aderinto said the state government through the Ministry of Environment, in partnership with the Women Affairs and Social Inclusion ministry was intensifying efforts to address the menace.

He assured that all the evacuees would be adequately taking care and treated at the rehabilitation centre, thereafter engage them in what would add value to their life.

A cross section of Ibadan residents have commended the state government for evacuating the destitute and beggars.

Mrs Arinola Adedeji, a trader at Iwo road urged government to make the evacuation a routine exercise, so as to discourage the beggars from the acts.

Adedeji also appealed government not to allow those evacuees escape from the rehabilitation centre.

Another trader at Mokola roundabout, Mr Jude Oraka, said that government should make the rehabilitation centre condusive habitation for the evacuees so that they would not hesitate to leave the centre.

BREAKING: Makinde Ally Benedict Akika At it Again, As Residents of Idi-Ape And Environs Gets New Borehole (PHOTOS)