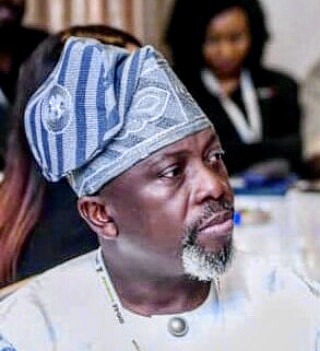 It was gathered that the cold war has festered to an extent that it’s now having serious implications on administration, such as dampening team spirit, divided loyalty and further threatening the camaraderie among some of the governor’s aides.

Inside sources, who spoke to Mega Icon Magazine but pleaded not to be mentioned, disclosed that circle of Governor Makinde’s top aides , especially the Special Advisers, Special Assistants are currently having strain relationship with the Chief of Staff, Hon. Segun Ogunwuyi.

The row, as learnt, started immediately when Ogunwuyi assumed office as the Chief of Staff to Governor Makinde.

“When he (Ogunwuyi) assumed office, some of them went to congratulate him, but instead gave them cold hand. Despite various efforts made by these aides to identify with him, Ogunwuyi would not bulge but rather giving flimsy excuses that he’s busy or occupied”, the sources alleged.

The sources noted that the governor deserves a strong character that can stand the Oyo politics in terms of coordinating other aides and activities “towards ensuring that Makinde succeeds, rather than encouraging a divided house”.

In a related development, some of the governor’s aides alleged that the Chief of Staff had always refused to approve most of the memos brought before him, which is a clear departure from the cooperation they enjoyed during his predecessor’s stint in office.

The cold war brewing between them, according to one of our sources, an influential political leader in Oyo PDP, played out recently when Ogunwuyi instructed the Executive Assistant to the Governor on Administration and General Services, Mr. Idowu Ogedengbe, who is the WhatsApp Group Admin housing political appointees to remove Chief Bisi Ilaka , the erstwhile Chief of Staff and other former appointees from the platform, adding that since they are no longer in the government they have no reason to remain on the platform.

It was, however gathered that, while Ogedengbe was feeling reluctant, Ogunwuyi exited the WhatsApp group in annoyance.

The source further disclosed that some government appointees also left the group in solidarity with the Chief of Staff, Hon. Ogunwuyi.

“To them, whatever might be his shortcomings, they have to honour him since it was the governor, in his wisdom , that appointed him (Ogunwuyi) as the Chief of Staff”.

The source added that it was later suggested that the Admin should delete the WhatsApp group permanently and create a new one.

Our correspondent learnt that the suggestion however did not go down well with other aides who are silently grumbling as they lament an alleged abuse of power, ego, lack of team trust and cohesion by Ogunwuyi.

Some insiders who spoke with our correspondent, however revealed that if the ongoing deteriorating relationship persists, it may inhibit good governance that Makinde’s administration promised to showcase.