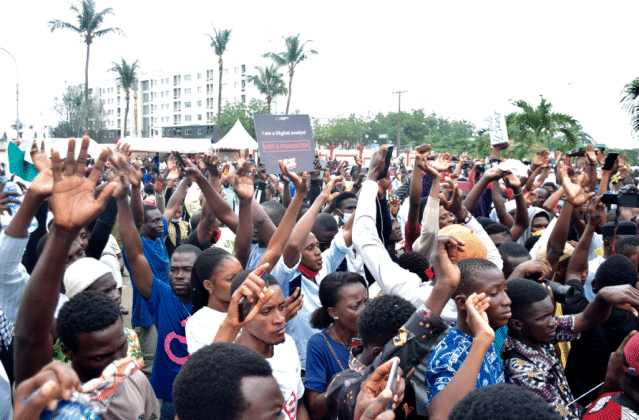 Exclusive: Recommendations To Expect From Oyo EndSARS Panel Of Inquiry

Following the conclusion of sitting of the panel of inquiry set up by the Oyo State Government to look into the cases of victims of Police brutality as a result of the #EndSars saga in the state, the recommendations to expect are stated below. The panel may:

(¡) call for punitive measures for some police officers

GOAL POACHER NEWS recalls that Governor Seyi Makinde of Oyo State, on Tuesday, November 10th 2020, inaugurated an 11-man Judicial Panel of Inquiry, to look into cases of brutality and human rights violations in the state by operatives of the dissolved Special Anti-Robbery Squad(SARS).

The 11-man panel is chaired by Justice Bolajoko Adeniji, a former Chief Judge of Oyo State.

Mrs Olufolakemi Ogundele, an Assistant Director of Public Prosecution in the state Ministry of Justice, will serve as Secretary of the panel.

In his remark after the inauguration, Governor Makinde urged the panel to objectively deal with all petitions that would be brought before the panel.

Meanwhile, the report, which is yet to be presented to Governor ‘Seyi Makinde officially, has recommended compensation to families of victims of the police brutality and other matters connected therein.

GOAL POACHER NEWS gathered that the committee had concluded their sitting and report since September but Governor Seyi Makinde is yet to give the committee a specific date to submit the report to the state government.