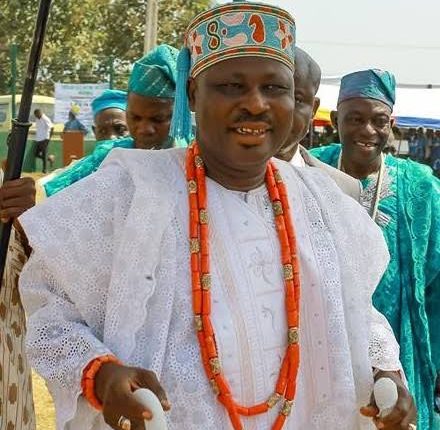 …To Be Buried On Monday

The Aseyin Royal family has announced the passage of the Aseyin of Iseyin land, Oba Dr Abdulganiy Salawudeen Adekunle Oloogunebi Ajinese I.

The family in a statement signed by Prince Femi Olalere, Secretary Aseyin Royal Family said the monarch died on Sunday, 24th of July, 2022.

The statement said the late monarch spent 15 years on the throne and died at the age of 62.

It read: “The entire Aseyin Royal Family regrets to announce the transition of our father and Aseyin of Iseyin, Oba Dr. Abdulganiy Salawudeen Adekunle Oloogunebi Ajinese 1, which happened on the wee hours of Sunday, the 24th July, 2022 after a protracted illness.

“Oba Adekunle, whose demise came after spending sixty-two (62) years on earth and fifteen (15) years on the throne will be buried on Monday 25th July, 2022.

“The entire Aseyin Royal family appreciates the Executive Governor of Oyo State, Engineer Oluseyi Abiodun Makinde, the Commissioner for Local Government and Chieftaincy, Mr. Bayo Lawal for their support during his illness. God Almighty will continue to bless and see them through.”

BREAKING: Oyo Lost Another Monarch Aseyin Of Iseyin At 62