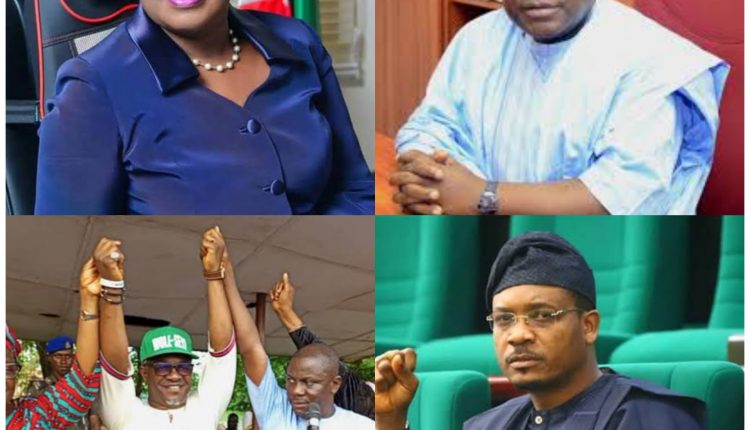 Some days ago, I was discussing Oyo North Senatorial Constituent politics with a dear brother, who always gives me objective analysis of how Ogbomoso politicians stand in 2023 general elections.

I told him that Oyo North Senatorial contest is one that will be most interesting with the current development in the politics of that axis. It’s no news that there is a renewed agitation by Oke-Ogun axis for equity and fairness and Hon. Shina Peller is one of the vanguards for this. He recently, cross-carpeted to Accord Party( one of the political parties gaining political currency in Oyo State with retinue of aggrieved politicians; majority of whom were formerly APC members).

Shina Peller’s grouse was that the primary election that produced Baf Buhari was manipulated and was against the democratic tendencies which APC claimed it championed. No long story, Shina Peller has been welcomed to Accord.

I ordered further and told my friend, besides that, within his home(Ogbomoso) there is a new political threat to BAF form PDP, that the emergence of Wolekanle, though a new breed politician from the ruling party in Oyo State and a bonafide son of Ogbomoso land, is a strategic check point to the ambition of Senator Fatai Buhari( let no hyper, hailer, sycophant or political jobber of the distinguished senator think otherwise). Not done with my opinion, I said the third countercheck to BAF’s return to the upper legislative house is the only women in the race, Hon. Adeola Mulikat, who is a decampee from PDP to the party that sees horse as a political fare to power (SDP). No matter, how you gaze Adeola Mulikat, that woman has some significant supports too in Ogbomoso and Oke -Ogun axis.

Now with those trio, BAF should understand it’s a different ball game come 2003. However, the real threat is the underrated Shina Peller, who is riding strategically on the narratives of equity, fairness and political inclusion for the people of Oke-Ogun axis and amplyfing the dichotomous picture between the aforementioned zones .

In Oyo North, with no polemics, Oke-Ogun’s block votes are strategic and should the current narrative of “Oke-Ogun Lokan” not a joke then BAF wake up to the new paradigm shift and re-consolidate his political fraternity with proximate players not only in Oke-Ogun axis but even in Ogbomoso zone.

According to my feelers and one that I also confirm, in Ogbomoso where BAF comes from, there is a feeling of political neglect of his immediate polity and it seems that his acclaimed constituency projects in Ogbomoso was conceived from the top to bottom approach. In Oke-Ogun, where BAF loyalists hype that he’s loved and have performed wonderfully well, there is a new narrative that is fast erasing his hitherto love that is now being replaced with Oke-Ogun’s community love. This is the danger!

Again, back home, there is also a subtle campaign against his ambition championed by inter-political party adversaries and which is also gaining political currency in his party, that BAF should be retired having being in the legislative chamber for more than a decade by the end of his current tenure. The feelings back home is found in the Yoruba mantra “eni kan o laye” It is the belief of the people that a new breed should be supported to represent the collective interest of the people of Oyo North and continue where BAF would stop. Asides the above, other biases also exist that might result to a punitive electoral outcome if not urgently addressed which may not be politically wrong against the Omoluabi Senator. For instance, there is a tumour that some “yes men” around BAF monopolize political benefits from the distinguished senator and prevent other people to benefit and those fellows also feed him with false political realities.

However, , whichever way; one may look at these issues, one thing is as clear as northern star, with Shina Peller’s new move, the Oyo North Senatorial election will spring up surprises come 2023.