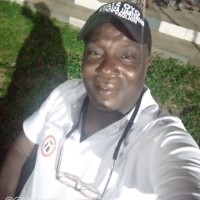 Mr. Remi Akinpelu the Vice Chairman of Oyo State Badminton Association has alleged that the General Manager of the State Sports Council Mr Gboyega Makinde was working against the interest of the association.

The development invariably, is breeding crisis in the camp of Oyo State ahead of the election of the zonal representatives ahead of the National Sports Federation elections.

Akinpelu who spoke with newsmen in Ibadan said that the GM declined to give him a letter of authorisation as of the candidate that would vote during the elections slated for Wednesday at Obafemi Awolowo Stadium, Ibadan, despite his constitutional qualification to stand in for the Chairman of the association, Chief Ayo Afolabi who is not available for the exercise.

“It is surprising to us and we are so disappointed when I and another member of Oyo State Badminton Association visited the GM to get a letter of authorisation to vote in the election but was declined, claiming the Governor might give them a directives at the last minutes if the government have interest in a particular candidate”, said Akinpelu.

He added, “All the body language and actions of the GM of Oyo State Sports Council suggest that he’s working against the interest of the candidate from Oyo State, Mr. Bolaji Agarawu, who is from the Iseyin axis of the state”.

Meanwhile when the GM of Oyo Sports Council was contacted, Gboyega Makinde said he reserved the right to withhold the letter until the morning of the elections to give the secretary of the association in the absence of the Chairman of the Association.