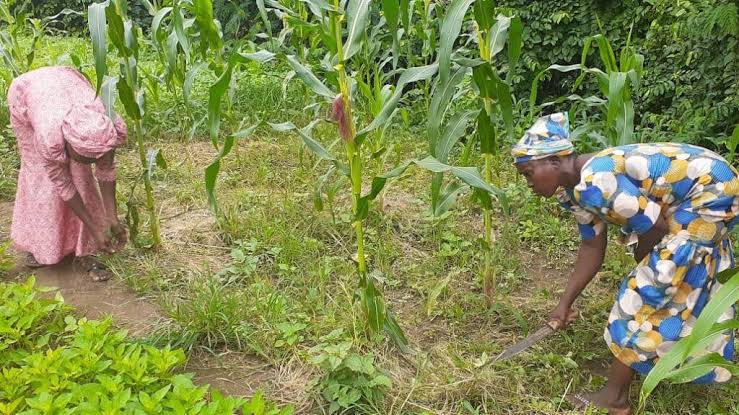 Female Farmers in Oyo Lament Farm Destruction by Herdsmen, Pleads With Govt to Compensate for Losses

Speaking in Ibadan in commemoration of this year’s International Women’s Day (IWD), themed “Break The Bias”, the South West Coordinator of the Organisation, Mrs Rachael Ariori, who led a delegation from LAPDO to the regional headquarters of the Development Agenda for Western (DAWN) Commission in Ibadan, has called for adequate compensation for all affected farmers, especially women.

“We have cases whereby women farmers sourced loans to farm only for cows to ravage the farms, such is devastating and tragic, worse still, there are no forms of compensation to such victims, while the government has continued to pay lip service to the issue of insecurity”, she lamented.

She continued by identifying other the enormous challenges facing women farmers in the state as; lack of finance, absence of farm equipment and agricultural input, which are “the fallouts of detached attitude of the government to the plight of women farmers and lack of financial support for them.”

Furthermore, Ariori expressed worry over the lack of the enabling business environment for smallholder women farmers to survive, adding that there were no tractors or equipment to work within the state.

She said, “They have to travel out of the state to rent such, and the same applies to chemicals and other agro-inputs, which they travel as far as Ibadan to buy.

On proffering swift solutions, Ariori appealed to the government to, among others, create a robust policy environment in the agricultural sector that will support the empowerment needs of smallholder women farmers including those living with disabilities.

She added, “It is also imperative for Oyo state government to have a dedicated budget line that focuses on empowering smallholder women farmers to add values to their produce.”