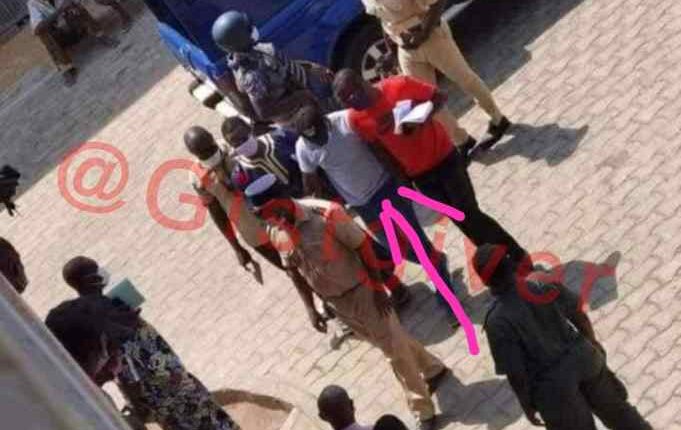 Sunday Igboho was on Monday arrested in Benin Republic alongside his wife, Ropo, which trying to board a flight to Germany.

The Court D’Apeal in Cotonou, Benin Republic, had on Thursday adjourned the trial of Igboho till Monday, July 26.

This was to allow the Nigerian Government to file extradition charges and bring up whatever evidence they may have.

The court however ordered the immediate release of Ropo, a German citizen, and ordered the return of her passport.

According to PRNigeria, security agents have obtained dozens of ‘exclusive’ videos where Igboho allegedly issued inciting statements that may aid Nigeria in filing treasonable and felony charges against him.

A top-ranking operative of one of the intelligence agencies disclosed that the video clips will suffice as their evidence in nailing Igboho before a law court.

Apart from behind the scene scheming of security agencies, the Attorney General of the Federation and the Minister of Justice, Abubakar Malami is yet to unveil the Ministry’s strategies towards the prosecution of Igboho.

The spokesperson to Justice Minister, Dr. UMar Jibrilu Gwandu told PRNigeria that “It is a legal, judicial and discretionary issue over which the Attorney General consider the public interest and the interest of justice to decide. Attorney General is considering and I believe is not bound by time limitations in exercising that discretion and considering the beneficial approach.”

Remember that the DSS had raided the residence of Igboho in Soka, Ibadan on July 1, 2021.

After the raid, the secret police paraded 12 of Igboho’s followers in Abuja, saying one other was being profiled. The DSS also said two of Igboho’s guards were killed during a gun duel.

It said a joint team of security operatives raided Igboho’s residence based on an intelligence report that he was stockpiling arms.

“A team of joint security operatives raided the residence of Sunday Adeyemo at Soka in Ibadan. This was based on intelligence that he had stockpiled arms in the place,” said DSS spokesman, Peter Afunaya.

Others are three charm jackets/traditional body armour, two laptops, one Toshiba and one Compaq laptop and his passport and those of many others.

But Sunday Igboho had denied stockpiling such weapons, stressing that the guns found in his house were ‘government magic’.