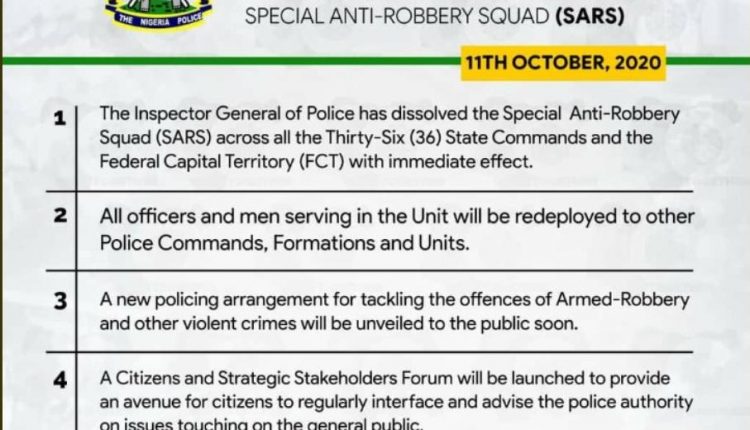 The Inspector General of Police, Muhammed Adamu, had on a live broadcast, disbanded and proscribed the Special Anti-Robbery Squad unit under the Force Criminal Investigation and Intelligence Department “with immediate effect”.

He added, however, that all SARS officers would be redeployed to other police commands, formations and units.

Here are five major things to know about the dissolution